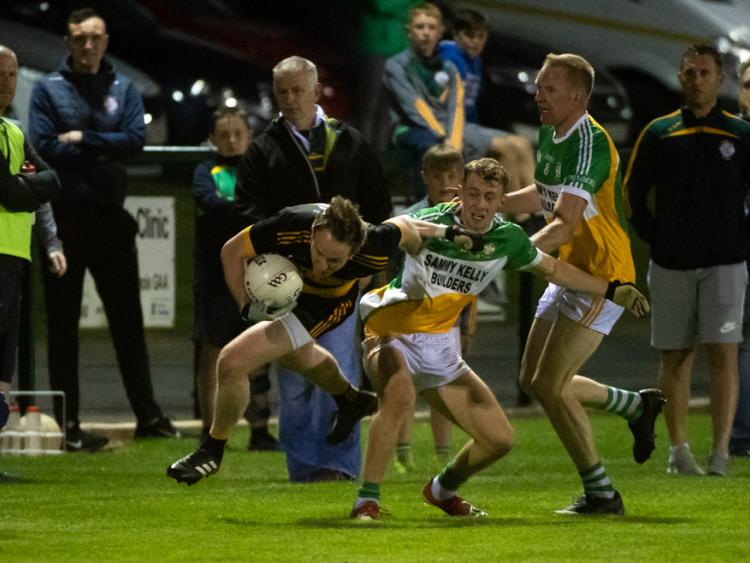 The Heath have secured their SFC status for 2020 after they earned a deserved eight point win over Crettyard in the relegation playoff in Stradbally tonight.

A blistering start to the second half was the crucial period of the game for the winners, who lead by eleven points at one stage, and ran out comfortable winners in the end.

Crettyard started well with a pointed free from Evan O’Carroll inside of a minute, but The Heath hit back through Jimmy Nerney in the sixth minute. Cormac Murphy and Chris Bergin (free) then swapped points, before two Bergin points in quick succession got The Heath a slender advantage.

They would manage to hold that advantage for the rest of the half, as both teams evenly split the next six points to leave two between them after 25 minutes. The Heath then finished the stronger of the two teams as Andrew Booth and James Phelan both struck to see them four clear at the interval, 0-9 to 0-5.

The Heath clinched the win, and survival, in the opening 15 minutes of the second half. Chris Bergin hit a couple of frees before James Phelan jinked away from his marker to slide home a goal in the 40th minute.

Points soon followed from Bergin and Andrew Booth, and The Heath were now eleven points in front. Crettyard were shell-shocked and took a while to recover from that barrage, but were given a boost in the 52nd minute when Evan O’Carroll rocketed a left-footed shot to the top corner.

However, it failed to prompt a comeback and The Heath held on comfortably in the end.