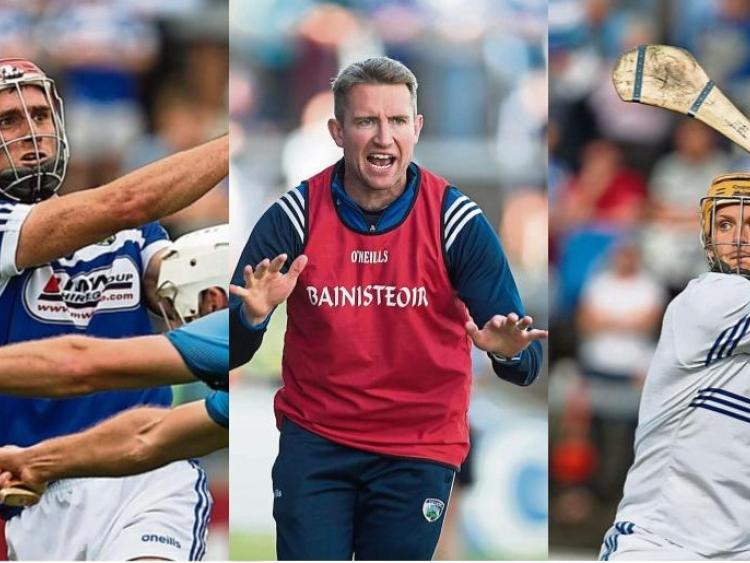 Laois GAA hurling manager Eddie Brennan is looking to raise the bar in 2020 on 'brilliant' year which has now seen two of his charges nominated for All-Star awards.

Eddie Brennan, himself a winner of four GAA All-Stars, said Enda Rowland and Jack Kelly are deserving recipients of hurling nominations as it reflected a successful year for Laois hurling.

"It is very good to have two guys to have nominated. After the year we had it is brilliant and is a fitting recognition of the year we had," he told the Leinster Express.

"Two or three more lads were a bit unlucky but the two lads that were nominated are really deserving of it," he said.

The Kilkenny man said he was "immensely proud" of his four awards and said nominations also put players in a select group especially in Laois which has not had many hurling nominations.

"Enda is now one of the top three goalkeepers in the country. That is a fair achievement. Jack has been unbelievable all year," he said.

"I'll be hoping that next year, as a result of the Leinster campaign, we might have six or seven lads nominated," he said.

Both nominated players have said they are looking forward to competing with Kilkenny, Dublin, Galway and Wexford in next year's Leinster Championship. Their coach is happy that they have this mindset after a year in which they won the Joe McDonagh Cup and beat a fancied Dublin outfit in Portlaoise.

"They should be. That is a good sign. It is what you would expect from two ambitious guys and the rest of the group. When you play at this level you have to want more. We have gone up a tier now and so have our expectations and our desire.

"Their ambition is a big thing. For years lads have wanted to play in the Leinster Championship and here they are with the opportunity and you'd expect that lads are going to come back chomping at the bit for more.

"If you think of the scenes in O'Moore Park last July (after the Dublin win) that is what you play hurling for," he said.

"Definitely, I'm looking forward to the year ahead. There are challenges and a lot of sterner tests ahead. I think the whole group have to up their game and we have to look to see how we can make gains. 2019 is all but done and dusted now and we have to move on from that.

"From my experience, it is your ability to move on quickly and start to raise the bar up again is going to be the difference between what we do next and that is all that matters. Where you have made some gains and successes it is all about what you do next," he said.