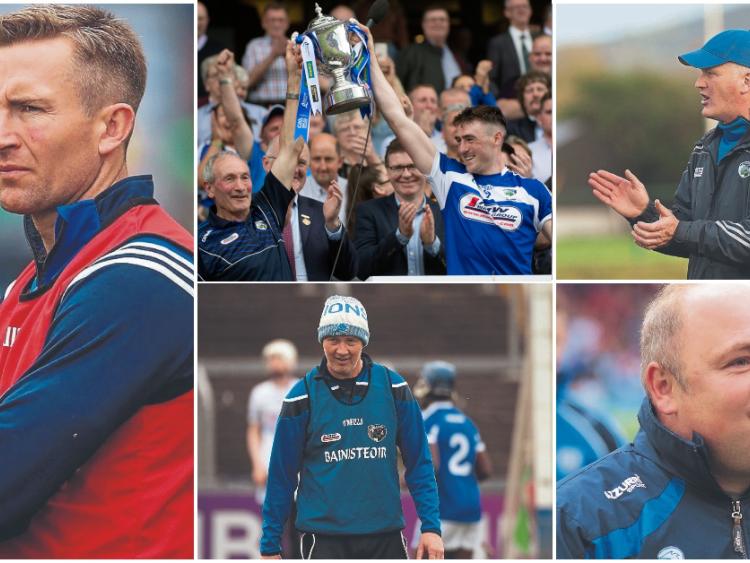 At last night's County Committee meeting, the Laois County Board ratified a number of hurling managerial teams for the coming year.

As expected, Senior hurling manager Eddie Brennan and his backroom team have been re-appointed for another year. Brennan will be joined once again by his selectors Tommy Fitzgerald and Fran Dowling, Niall Corcoran as coach and Dave Moriarty as S&C coach.

Brennan and Co. will be looking to build on the heroics of their 2019 season as they make the step up to the Leinster Championship. Laois were crowned Joe McDonagh Cup champions following an unbeaten campaign before going on to pull off the shock of the Championship when they overturned Dublin in the All-Ireland preliminary quarter-final.

Laois progressed to the All-Ireland quarter-final where the eventual All-Ireland champions Tipperary proved a bridge too far for Brennan's men, and now Laois will look to make the step up in 2020 where they will meet Galway, Kilkenny, Dublin and Wexford in Leinster.

The proposed Minor management team of Clough-Ballacolla's Liam Dunne as manager, Borris-Kilcotton's Ollie Quinlan as selector, Tim Fahy as S&C coach and former Waterford manager Derek McGrath as coach in what is considered a huge coup for Laois hurling.

Dunne has previously been involved with the incoming crop of Minor hurlers from Development Squads up, and this year managed Laois' Celtic Challenge team. De La Salle's McGrath oversaw the Waterford hurlers for five seasons before stepping down in 2018, guiding the Déise to a just their third-ever Division 1 League title in 2015 and the All-Ireland final in 2017.

Following David Cuddy's resignation from the U-20 role in recent weeks, the minor hurling manager for the past two years, Enda Lyons, will move up to take the reins of the Laois U-20s where he will be assisted by Sean Conroy, JJ McHugh, Gary Moore, James Walsh and Dermot MGill for the year ahead.