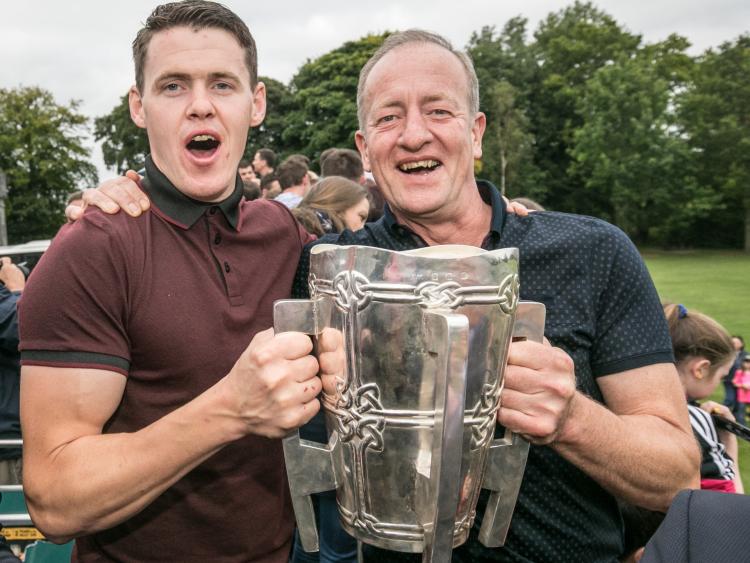 What did those Laois football men ever do for us common hurling people, eh?
Let’s scroll back to the late autumn of 2004 when it emerged that Brian Cody was refreshing his backroom team. Kilkenny had not only failed in their attempt to win a third successive All-Ireland, they’d fallen well short against a fitter and fresher Cork team.
A new approach was called for. It duly came from Cody, at his most decisive. Step up Martin Fogarty and Mick Dempsey, fresh from winning consecutive All-Ireland under-21 titles with the county.
Fogarty was an obvious choice and not one calculated to frighten the horses. Dempsey was far from an obvious choice. Though it’s overdoing it to say there was resistance to his appointment, there were certainly murmurings and mutterings.
Murmurings and mutterings that turned out to be wildly misplaced. Not to put too fine a point on it, Mick Dempsey turned out to be one of the best things that ever happened to Kilkenny hurling and one of Cody’s most inspired decisions.
This wasn’t despite his being a Laois football man. It was because he was a Laois football man.
Dempsey had no preconceptions. He had no agendas. He didn’t know anybody’s father or uncles. He was beholden to nobody. He looked at things with new eyes and in doing so helped open Cody’s eyes.
That the Kilkenny of 2006-09 played an entirely different game to the Kilkenny of 2002-03 was not only a function of the different pool of players available but also a function of the influence of Dempsey and Fogarty, a glorious two for the price of one special. What they did was to challenge Cody and show him a better way – and Cody had the humility to listen and the flexibility to act.
The annus mirabilis of 2006 – Walsh Cup, National League, All-Ireland and ne’er a defeat along the way - that set the county up for ten years of dominance was the result of something akin to a reverse takeover. Dempsey and Fogarty were now the ones doing the thinking and the reimagining. The powers behind the throne.
Legend has it that Dempsey, such was his determination to broaden his horizons, went all the way to New Zealand to watch the All Blacks train. That may be apocryphal, but it’s a fact that he spent nights in Donnybrook watching the Leinster rugby team go through their paces. One consequence of this, as Richie Power declared last week, was that the fitness levels, physicality and physique of the Kilkenny players “changed drastically”.
Dempsey was so much more than merely “the physical guy”, though. After Galway hit five goals in the 2005 All-Ireland semi-final, he and Fogarty rewrote Kilkenny’s defensive manual and reconfigured the parameters of the pitch.
Kill space. Fill all gaps in one’s own half of the field. Midfielders shielding the half-backs, as Cha Fitzpatrick did for Tommy Walsh. Wing-forwards dropping back on the opposition puckout to form a four-man midfield. It took another five years for these forbidding fortifications to be stormed.
I was an occasional – okay, perhaps not all that occasional - customer of Dempsey’s in John Street at the time and in one way being a selector may have been more difficult for him than he’d anticipated. Lads wanting to talk hurling, which he could only do in the broadest of terms and, naturally, without venturing an opinion on individual players. Lads wanting to discover the Kilkenny team for next Sunday.
To be fair, he was well able for it and even possessed an irritating knack of turning the question back onto the questioner. “What do you think?” Grrrr! Keep your customers close and next Sunday’s team closer…
The four in a row. The six in seven years, an even more impressive achievement than a five in a row would have been. The eight in ten years. So many National League titles that some of them have been forgotten, but rest assured that in the moment they were highly satisfying achievements - especially, for most fans, the ones against Tipperary.
Mick Dempsey wasn’t just present at some of the greatest moments in the history of Kilkenny hurling, he was central to them.
Not bad for a Laois football man.