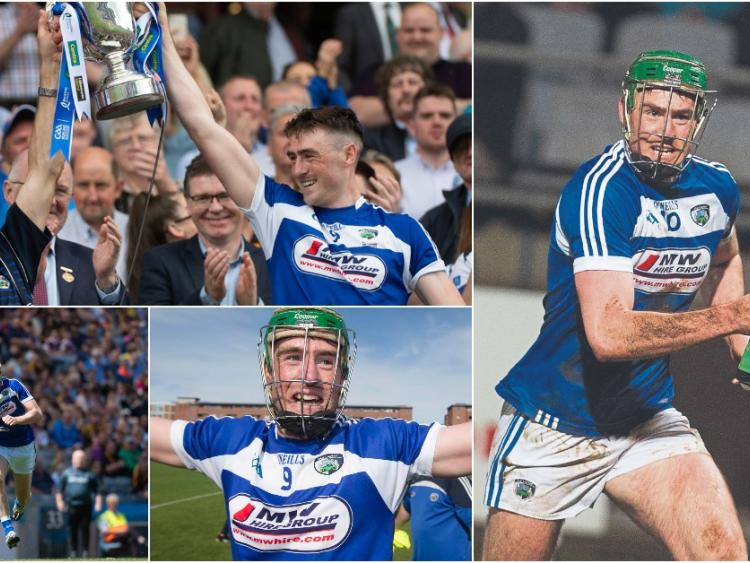 Laois Senior hurling captain Paddy Purcell has been named as the Joe McDonagh Cup Player of the Year for 2019.

Purcell was nominated for the gong last month and was today named as the winner, beating off competition from Kerry's Shane Conway and Westmeath's Killian Doyle.

The Rathdowney-Errill man has experienced unprecedented success this year as he captained Eddie Brennan's Laois hurlers to Joe McDonagh Cup glory in July and played a key role in their stunning victory over Dublin and subsequent All-Ireland quarter-final defeat to Tipperary.

On top of that, Purcell co-captained his club, Rathdowney-Errill, to the O'Keefe Cup title two weeks ago as they got the better of Borris-Kilcotton in the finale.

The Joe McDonagh Cup Player of the Year is another accolade to add to Purcell's growing trophy cabinet, and he'll be aiming to add a Leinster Club SHC with Rathdowney-Errill's foray into Leinster starting this weekend against Offaly champions St Rynagh's.

His Laois teammates Enda Rowland and Jack Kelly received All-Star nominations for their performances this year but missed out on team named yesterday.

In an unpopular move, the GAA this year abolished the Joe McDonagh Cup Champion 15, essentially the Team of the Year, while continuing the Ring, Rackard and Meagher Cup Champion 15 selections.

Last year Laois hurler Ross King was named to the 15-man list, along with 6 representatives from the 2018 champions Carlow. However, Purcell's Joe McDonagh Cup Player of the Year award is the only recognition of the competition as a whole.

Purcell will receive his award at this evening's banquet at the Convention Centre in Dublin, and the awards ceremony will be broadcast live on RTÉ 1 television between 7pm and 8.30pm.

Player of the Year awards: