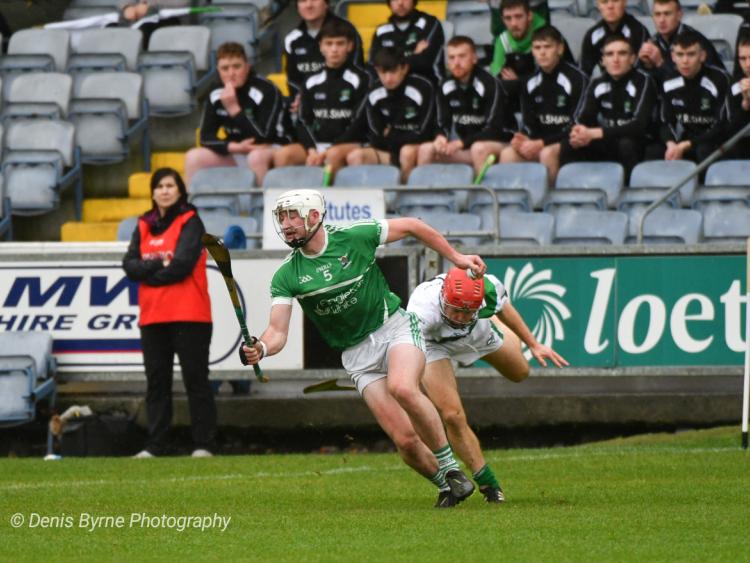 The Rosenallis hurlers Leinster campaign came to an end today in O'Moore Park following a comprehensive to the Kilkenny champions, Tullaroan.

A Tommy Walsh goal two minutes into the game paved the way for this Tullaroan win in tough conditions at O'Moore Park.

Rosenallis opened the scoring with just over a minute played, corner-forward Ronan Murray dissecting the uprights to set the game away.

Tullaroan wasted no time putting their stamp on the game as they goaled from the resulting puck-out. Martin Keoghan set off on a daring run through the heart of the Rosenallis defence before picking-out Tommy Walsh on the edge of the small square and the Kilkenny legend made no mistake with the finish.

Rosenallis goalkeeper Stephen Kelly converted a free from his own 65m line with points either from Tullaroan captain Shane Walsh inside the opening ten minutes.

Tullaroan continued to enjoy the majority of possession and it began to show on the scoreboard as points arrived from Tommy Walsh (2) and Shane Walsh, with Tommy opting to take his point on both occasions with goal opportunities on.

Rosenallis began to build momentum with points from Jack Friel, Man-of-the-Match in the county final Fiachra C Fennell and teh returned from injury John Lennon. However, Tullaroan weren't to be pushed aside.

Two more points arrived for both sides before the half-time break, Friel hitting his second for Rosenallis and Brian Fitzpatrick a free while Shane and Peter Walsh hit the target for Tullaroan to send them into the dressing rooms leading 2-9 to 0-7.

Ronan Murray and Brian Fitzpatrick (2) exchanged points with Walton, Tommy Walsh and Shane Walsh in the opening minutes of the second-half, before Tullaroan pushed on with another Walton point before two goals arrived in a minute.

Tullaroan struck first with Tommy Walsh bagging his second of the game, again from a Keoghan pass, but Rosenallis went direct from the puck-out and reaped the rewards with Ronan Murray rebounding home John Lennon's saved shot.

Ten minutes passed before the next score arrived, Tullaroan closing out the game strongly as they outscored the Laois champions by five points to two in the final stretch to advance to the Leinster semi-final.