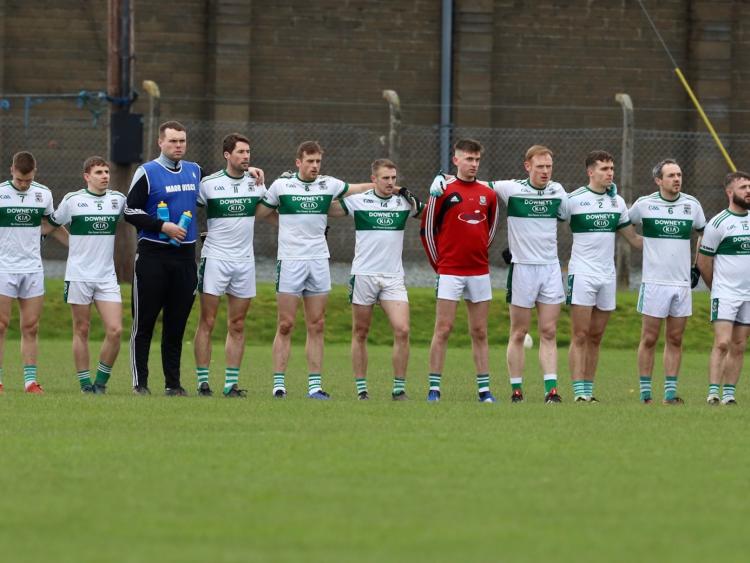 The newly named MW Hire O’Moore Park will provide the backdrop for the Leinster Club semi-final clash between two of the most decorated clubs in the province, Portlaoise and Eire Og, tonight.

Indeed, Portlaoise sit joint-top of the honour list alongside Dublin kingpins St Vincents on seven provincial titles apiece. Eire Og, Saturday night’s opposition, lay in third with five titles to their name - all five of those titles arriving in a golden seven-year period for the club in the 90s.

Yet, rather remarkably, these two leading forces of Leinster Club football haven’t clashed in quite some time.

Portlaoise came through the Laois championship the most-tested they have been in years. With the exception of their big opening round win over Ballylinan, Portlaoise were made to work for every victory.

An up and coming Portarlington side really did push them all the way in the Laois semi-final, forcing a replay which the Town duly won. Again, after a stern test.

In the county final, debutants Killeshin threw the kitchen sink and more at Niall Rigney’s men. In the end, just a point divided them at the final whistle as Portlaoise laid claim to their third successive title, or twelfth in thirteen years.

Skip forward two weeks to the long trip to Aughrim Park where the Wicklow champions St Pat’s awaited battle-hardened and ready. Aughrim Park has long been known as a cauldron for visiting teams, and Portlaoise were very nearly the latest victims.

A brutally honest and determined St Pat’s side looked to have tipped the scales as the game entered injury-time, but cometh the hour cometh the man. Up stepped the Laois Senior Footballer of the Year Kieran Lillis to kick the equalising point to force extra-time, his third of the game.

Lillis went on to add a goal to his tally in the second period of extra-time, but there was to be one more twist as, with two minutes remaining, St Patrick's levelled the game for a final time when Matthew Traynor slotted the all-important point to send the game to penalties.

With darkness descending over the field and suspense building, Portlaoise became the first Laois club to be involved in a penalty shootout - and their record now stands at 100 per cent following their perfect five that Sunday.

St Pats’ Thomas Kelly went first and saw his shot blaze over Graham Brody’s crossbar. The nine penalties that followed all found the back of the net: Conor Boyle, Ricky Maher, Ronan McEvoy and Brody hitting the target for The Town before Craig Rogers dispatched their fifth and final spot-kick to the net to seal the win.

Tonight's opposition, the Carlow champions Eire Og, raised eyebrows across the country with their defeat of Kildare giants Sarsfields in the quarter-final.

They came through the Carlow Championship relatively unscathed, falling to a single defeat to Tinryland in the group stages. Regardless, they still qualified directly for the semi-final where they clocked up a staggering 1-30 on route to dispatching Bagenalstown Gaels.

Palatine failed to put it up to them in the Carlow final, again Eire Og cruising to a facile 1-16 to 0-5 result to claim the title.

When these two sides go to blows at MW Hire O’Moore Park tonight it is going to be a close encounter with little separating them at the final whistle, but Niall Rigney and his Portlaoise side should just about shade it.

Throw-in tonight is 7pm and the game will be broadcast live on RTE or you can follow our live blog for updates.