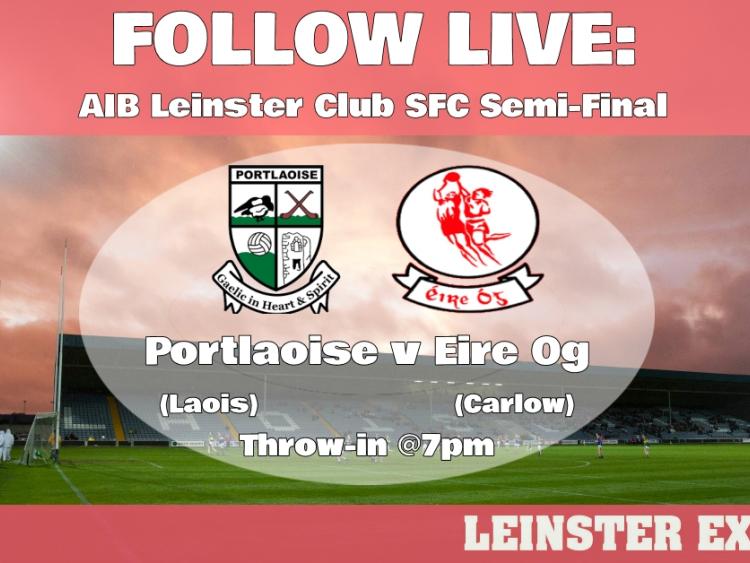 In what will be the first game staged at the newly renamed MW Hire O'Moore Park, three-in-a-row Laois champions Portlaoise face off against Carlow's Eire Og in the Leinster Club SFC semi-final.

Portlaoise come into this game off the back of their dramatic quarter-final victory over St Pat's of Wicklow where penalties were required to separate two evenly-matched teams. In the end, Portlaoise hit five from five penalties to secure their place in the Leinster semi-final.

Carlow champions Eire Og produced a stellar second-half performance against Kildare kingpins Sarsfields to reach this point, outscoring the Kildare men seven points to one in the closing half to tip the scales in their favour.

Throw-in is set for 7pm.