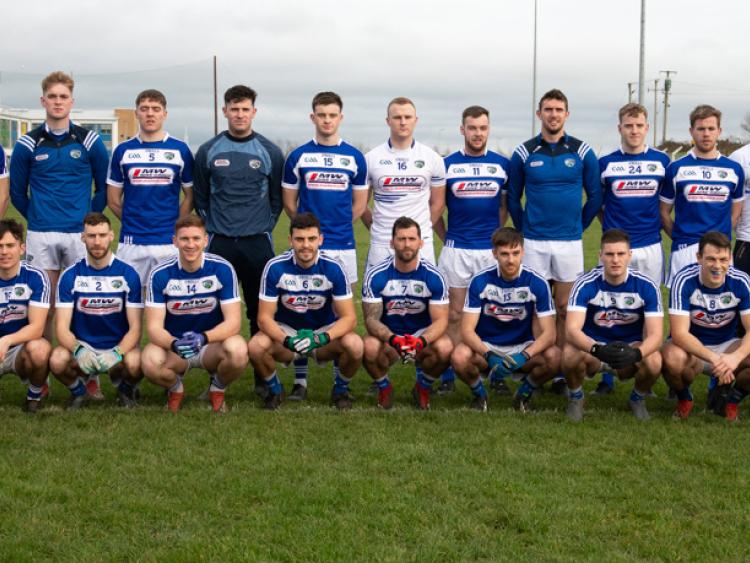 The Laois senior footballers picked up their first win of the season at St Patrick's Park, Enniscorthy today with a narrow one-point victory over Wexford in Round 2 of the O'Byrne Cup.

Laois manager Mike Quirke tasted defeat in his first game in charge against neighbours Offaly last weekend, fielding an experimental side that featured nine debutants across the 70 minutes in their two point defeat. Quirke rung the changes ahead of their trip to Wexford with just five starters retained from last weekend's fixture.

Five players who appeared off the bench last weekend all came in for starts, while Quirke included five of the Laois U-20's who reached the Leinster final last year under Billy O'Loughlin.

The home side got on the scoreboard first with a point in the first minute before Laois replied with a quick brace of frees from Ross Munnelly. Wexford got a foothold in the ten minutes that followed to hit the next four points in-a-row, but Laois closed the gap to the minimum by the 22nd minute thanks to a further two points from Munnelly and a single from Diarmuid Whelan.

The first goal of the day arrived 24 minutes in when Mark Barry rifled the ball into the back of the Wexford net, and two more points arrived for the O'Moore men before half-time through Whelan and Barry to see them hold a three-point lead at the interval on a scoreline of 1-7 to 0-7.

The first point after the restart went Laois' way with Brian Daly dissecting the posts, but Wexford notched the next three to shave the margin back to a point.

Colm Murphy doubled the Laois cushion with his first of the day nine minutes from the end and further points from Barry and substitute Sean Michael Corcoran left Laois with a three point lead heading into the final minute of injury-time.

Right on the stroke of 70 minutes, Wexford hit the Laois net through full-forward Colm Feeney to level the sides at 1-11 apiece. With the game in the second minute of injury-time time, up stepped Mark Barry - who already had 1-2 to his name - to kick the winning point and register Laois' first win of the Quirke reign.