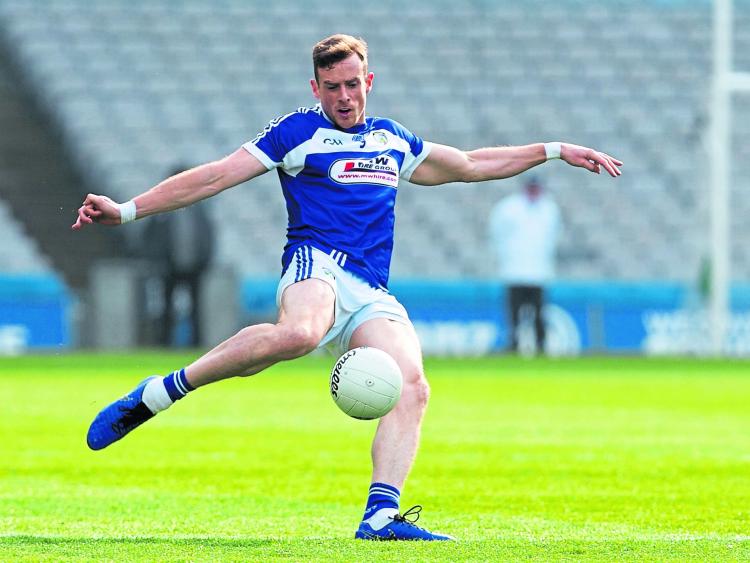 Coming off the back of a stellar year for club and county, newly appointed Laois captain Kieran Lillis is looking forward to the season ahead.

He was arguably the most consistent footballer in the county last year and collected yet another county championship medal with his club Portlaoise, as well as being named the Laois Senior Footballer of the Year for 2019. On Sunday evening, Laois boss Mike Quirke announced that Lillis would captain the footballers in 2020.

Lillis has come into his own in the last two years and become a mainstay in the Laois midfield alongside his new vice-captain John O’Loughlin, having been deployed at various positions across the park.

“It's great to find a place, finally. Over the last few years I was tried in a few different positions and maybe my lifestyle outside work was not ideal for football. I kind of have a good hold on that and a good few decent lads who know the story, so they give me an awful lot of leeway in terms of getting my preparation right and it’s worked the last two years,” explained Lillis, now the proprietor of a popular Portlaoise bar and restaurant having partnered with former Dublin footballer Bernard Brogan and Alan Clancy in 2018.

“You can’t really serve two masters so this is my only master at the moment really. I’m looking forward to the year ahead, building my partnership with Johno (O’Loughlin) and driving Laois on in Division 2.”

Division 2 football will provide Quirke’s side with a considerable step-up in quality from the realms of Division 3 and 4 where they plied their trade for the past two seasons, earning back-to-back promotions.

“Even last year we played Meath and Cork in the Championship and they were two teams who went in different directions in Division 2 last year. The step-up we had to come up to there was eye-opening in terms of their physicality and their fitness.

"We’ll see that there’s a lot of lads in there who were involved last year and we’ll know that the gaps to exploit will get smaller and smaller coming up the divisions.

"We have to be tuned in and our decision making has to be spot on and you’re not going to get as much time on the ball as you would in the lower divisions.”

The commitment demands of inter-county players are on the tip of everyone’s tongue at present, but Lillis was left with little doubt as to his own ambitions after a break away from the inter-county scene.

“I’ve been involved since 2010, Sean Dempsey called me in as a peripheral panel member and from that until Tomas O Flatharta in 2014/15 I was there the whole time. I had two years off, two seasons really. I had to get a shoulder operation in 2014 and I wasn’t involved in 2015.

Lillis will lead the Laois footballers for the first time when they travel to Dr. Hyde Park this Sunday to take on Anthony Cunningham’s Roscommon in their opening Division 2 fixture of the National Football League.