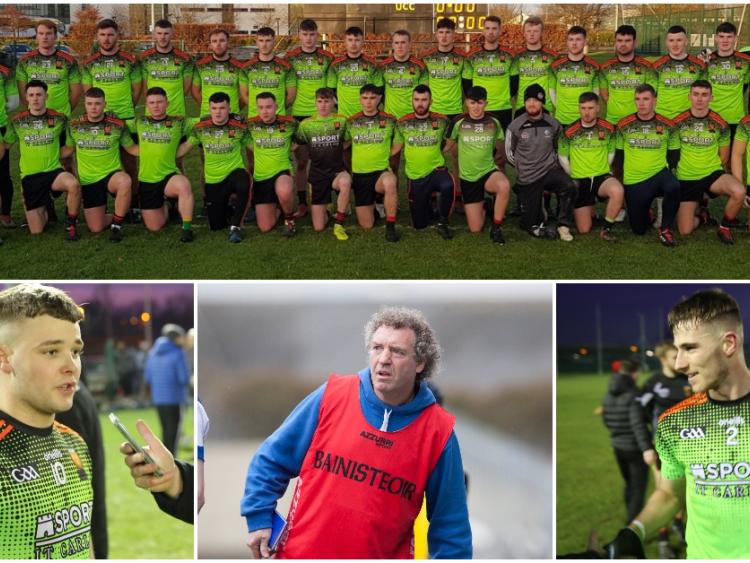 IT Carlow, managed by Laois great Pat Critchley, will contest their first-ever Sigerson Cup final when they face hosts DCU in the showpiece decider tonight in Dublin.

The Carlow college come into tonight's final as 5/1 underdogs as they face the stern test of the Paddy Christie-trained DCU team littered with inter-county talent such as Evan Comerford, Paddy Small and Shane Carthy as well as Laois senior and U20 footballer Mark Barry.

IT Carlow boasts three Laois men amongst their starting-fifteen in Park-Ratheniska's Ritchie Hitchcock, Killeshin's Evan Lowry and Graiguecullen's Trevor Collins alongside the managerial duo of Pat Critchley and Pat Roe.

They manoeuvred their way to the final by defeating an IT Tralee team featuring Kerry's prodigal son and new captain, David Clifford in Round 1 before sending three goals past last year's winners UCC in the quarter-final to run out three-point victors.

The Michael Murphy-managed Letterkenny IT provided the opposition in the semi-final at Inniskeen last week where a late, late Adam Steed goal put the result beyond doubt with extra-time looming.

DCU, the 1/7 favourites to capture their fourth Sigerson Cup since 2006, struggled past the Garda College recruits in Round 1 before letting loose and firing seven goals past Queens University, Belfast in the quarter-final to rack up a 26-point win. They went on to make light work of a fancied UCD side featuring Laois' Gary Walsh in the semi-final, holding the Bellfield outfit to just three points as they finished with 15-points to spare.

Critchley, the only Laois player to ever win a hurling All-Star, last week coached the Scoil Chríost Rí basketballers to a first-ever U19 'A' All-Ireland title at the National Basketball Arena in Tallaght. The school staged a homecoming later that afternoon, but Critchley was nowhere to be seen. Instead, he joined up with his IT Carlow footballers for their semi-final in Iniskeen that evening.

Tonight in the DCU Sportgrounds, Critchley is looking to defy the odds once more.

Throw-in is 7.30pm and the game will be live-streamed on TG4's Youtube channel from 7.25pm.