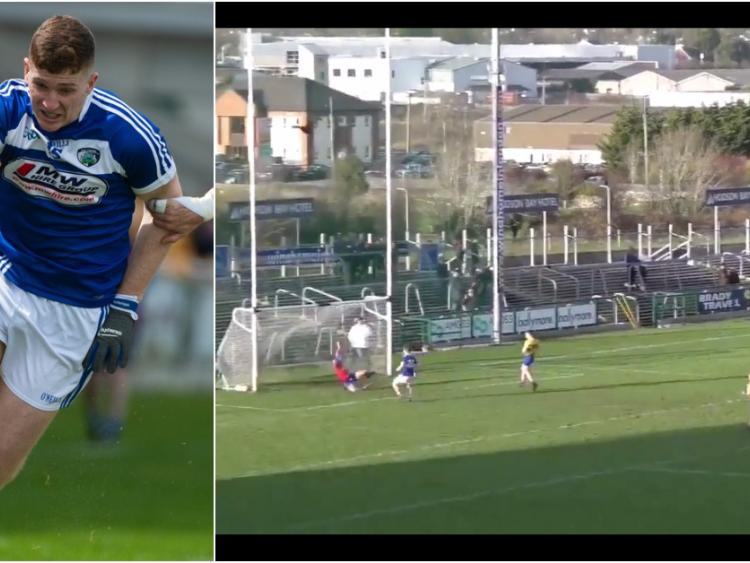 The Laois footballers pulled off a brave comeback against Roscommon in their opening game of the league last weekend, two late goals earning Mike Quirke's side a share of the spoils at Dr Hyde Park.

Trailing by six points with seconds to go, Laois forward Evan O'Carroll instigated the late comeback with a simply stunning strike to the top corner of the Roscommon net. In the Press Box after the game, a seasoned frequenter to the Roscommon venue remarked that it was the 'best goal ever to be scored in the Hyde', and while we can't testify to that, it's surely an early contender for goal of the year.

O'Carroll followed it up with a free soon after and while Noel Gately replied with a point for the hosts, Kieran Lillis bagged the equalising goal in the fourth minute of injury-time from a Ross Munnelly delivery to complete the revival.

The Division 2 clash wasn't televised or streamed, nor did it feature on RTÉ's League Sunday highlights show. Thankfully, footage has emerged via RTÉ's The Sunday Game Twitter account of the two Laois goals that salvaged the draw including O'Carroll's wonder goal.

Watch and rewatch below:

Evan O'Carroll scored an early contender for goal of the season as Laois staged last gasp comeback in Roscommon. Thanks to @CLGLaois for the footage. The #AllianzLeagues return this weekend, watch League Sunday on @RTE2 #rtegaa pic.twitter.com/7NkZgxjGvr