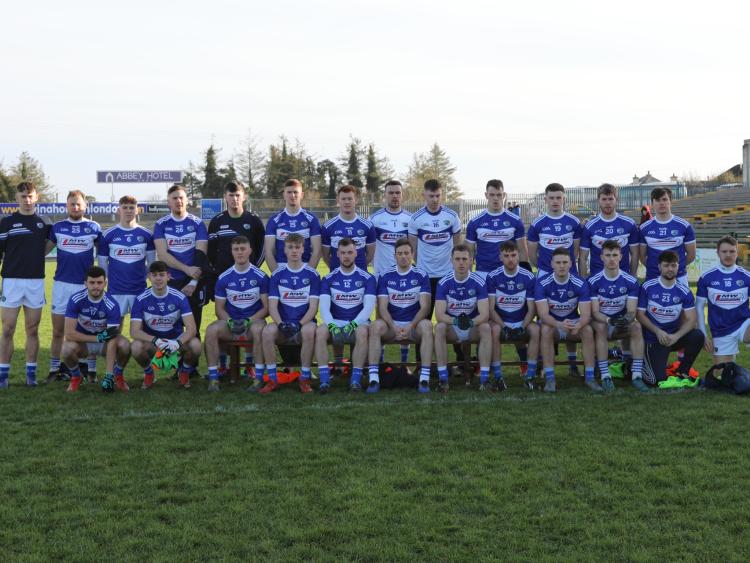 Laois manager Mike Quirke has named his starting team for Armagh's visit to Portlaoise this weekend in their Round 2 of the National League.

Laois continue their Division 2 campaign this Saturday evening when Kieran McGeeney's Armagh squad roll into town, flying high following their 13-point win over Cavan in the opening round last weekend.

Laois staged a late comeback to snatch a share of the points in Roscommon last weekend with goals from Evan O'Carroll and captain Kieran Lillis ensuring they emerged from Dr Hyde Park with a point. The travelling O'Moore men matched the reigning Connacht champions for the majority and deserved to get something from the game.

Quirke has opted for just the one change to his starting lineup for Saturday's game with Graiguecullen's Trevor Collins, who played a key role in the Pat Critchley-trained IT Carlow footballers journey to the mid-week Sigerson Cup final, making way for his clubmate Brian Byrne at corner-back.

Clonaslee's Niall Corbet gets the nod for the number one jersey after a solid display in his league debut last week. Mark Timmons and Robbie Piggot form the spine of the defence, and Sean Byrne is again named to partner John O'Loughlin at midfield as captain Kieran Lillis starts at full-forward for the second game in a row.

Evan O'Carroll will be aiming to continue his rich form that reaped 1-6 against Roscommon as he spearheads the Laois attack with Colm Murphy, Eoin Lowry, Mark Barry and Michael Keogh all showing enough to retain their places.

Throw in at MW Hire O'Moore Park this Saturday (1 February) is 6pm.