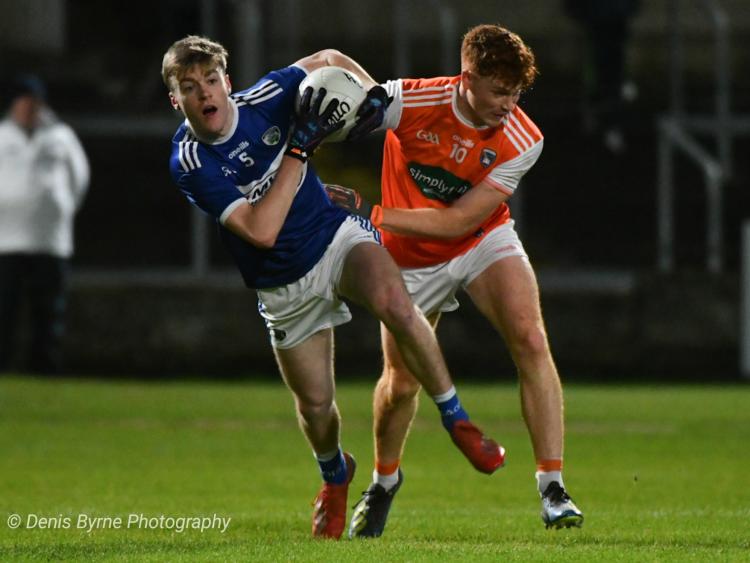 The Laois footballers continued their good start to Division 2 with an impressive six-point victory over Armagh at MW Hire O'Moore Park on Saturday evening.

Laois held Kieran McGeeney's men to just two first-half points as they went in six points to the good at the change of halves, and produced more of the same in the closing half against an improved Armagh display to notch their first victory of the campaign.

Laois tempted first when Colm Murphy fisted across the goalmouth four minutes in, only for the ball to bounce just wide of the left-hand post. A minute later, Laois were up and running thanks to a close-range Evan O'Carroll free.

Armagh hit the next score through a Rian O'Neill '45, but Laois were on top in the early stages and the next two scores went their way with Michael Keogh dissecting the uprights and Mark Barry followed with a free soon after as the home side went three in front.

Armagh quipped back with what would be their final point of the half, and their only score from play when midfielder Niall Grimley fisted over the Laois crossbar with 20 minutes on the clock.

Laois closed out the final 15 minutes of the half with a further five points arriving before the half-time whistle sounded. Evan O'Carroll hit two in a row, his first a well-worked score from Eoin Lowry's crossfield pass, and more followed. Corner-back Brian Byrne and captain Kieran Lillis raised white flags before full-back Mark Timmons sent over the final point of the half with a classy effort from the outside of his right boot.

Laois went for the dressing rooms leading by six points on a scoreline of 0-8 to 0-2.

Laois were quickest off the mark when Mark Barry tapped over a short free to increase the Laois lead, but Armagh went on to surpass their first half tally within four minutes of the restart through Conor Turbitt and a brace of frees from full-forward Rian O'Neill.

O'Neill nailed a 45m free from the outside of his right and while Evan O'Carroll replied with a super solo score, O'Neill would trade another with O'Carroll not long after.

O'Carroll scored his fifth of the night with just over 20 minutes left to play, but the Laois lead was back to four points seconds later when substitute Jarlath Og Burns added his name to the scoresheet.

Laois lost Eoin Lowry to a black card 51 minutes into the game, and had Mark Timmons to thank just after when he cleared the Laois line after a long ball in caused uncertainty.