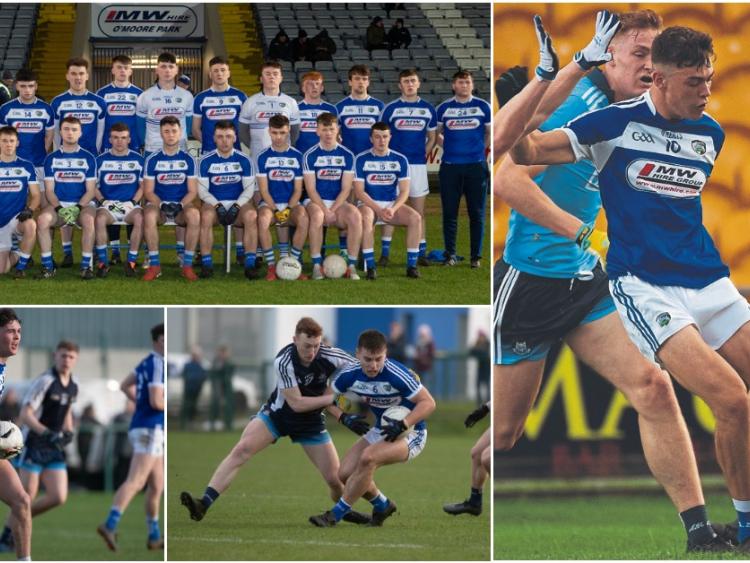 Last summer, the Laois U-20 footballers, managed by former Arles-Killeen man Billy O’Loughlin, were left crestfallen in O’Connor Park, Tullamore, after a brave but ultimately unsuccessful effort at taking down the dominant Dubs in the Leinster final.

On Friday, they will seek revenge against a much-changed Dublin outfit in another U-20 final clash between the pair.

Although they ended up on the receiving end of a thirteen point defeat, Laois kept it competitive for large periods last year, and there was also much made of some refereeing decisions that went against them. While the final scoreline was harsh, one would hope that it will prove a lesson learned ahead of Friday’s showdown in Netwatch Cullen Park, Carlow.

Last year not much was expected of O’Loughlin’s charges as they had failed to make much of an impact at the corresponding Minor grade. However, a round one victory over reigning All-Ireland champions Kildare set the tone for the rest of the campaign, which included victories over Westmeath and Meath.

Nine of the team that were on the losing side in that U-20 Leinster final will start for Laois on Friday, with eighteen overall on the panel last season. This year’s team have a lot of history with Dublin as well, as they heartbreakingly lost out in a Leinster U-17 semi-final against Dublin in what was an epic clash two years ago.

Former Courtwood manager and All-Ireland referee Eddie Kinsella took over the reins from O’Loughlin for this year’s campaign, and although the league results didn’t seem to inspire hope, Kinsella got the opportunity to test out his panel.

An opening round championship clash with Westmeath turned out to be a tight affair in horrendous conditions, with the game going to extra-time, and then a historic first penalty shoot-out for Laois.

Mark Barry, who only came on in the second-half due to his activity with the Senior panel, slotted away the first, with captain Ronan Coffey and Jack Owens also keeping their nerve. Westmeath full-forward TJ Cox missed one, and while Laois goalkeeper Matthew Byron also sent one over the bar, Westmeath handed the initiative back to Laois. Damon Larkin converted from twelve yards to send Laois through to the semi-finals, where Kildare awaited.

The Lilywhites had dished out a bit of a hammering to Laois in an earlier league game, but Kinsella’s men reversed the result when it mattered most with a doggish and tactically astute performance, restricting Kildare to just four points overall.

From the team the last day, goalkeeper Matthew Byron is very much following in his father’s footsteps, Fergal Byron, in owning the position, while the full-back line in front of him of Michael Dowling, Alex Mohan and Neil Keane were tigerish in the tackle and with plenty of pace to boot.

Wing-back Sean O’Flynn has been a busy man, playing Senior football as well as lining out with the U-20’s as their vice-captain, and Jack Lacey on the other side has made a smooth transition to inter-county football despite not playing it when he was younger. Portlaoise’s Gary Saunders fills the role of centre-back and has been a crucial figure in this team after being unable to commit last year.

Barry Howlin and PJ Daly form a strong midfield partnership, with Howlin another who has been given his first experience of inter-county football. Portarlington’s Sean Michael Corcoran, who is underage again next year, is another option at midfield.

There are some magnificent forwards on this team as well, with just the right mixture of scorers and ball carriers to make it gel together. Captain Ronan Coffey was one of Laois’ stand-out performers in last year’s campaign and has continued that form into this year.

Centre-forward Jack Owens is a former underage Ireland soccer player, and when he’s in full flight is almost impossible to stop. Damon Larkin is on the other wing and scored a crucial goal the last day that sent Laois past Kildare and into the final.

At corner-forward, Mark Barry has enjoyed a successful stint with the Seniors this season under Mike Quirke, but it was against Kildare in the U-20 semi-final where he really shone. Barry kicked four points, with two coming from play, and showed calmness whenever he received the ball. Daragh Galvin, like clubmate Sean Michael Corcoran, has another year at this level. Galvin possesses a great football brain and never seems to give the ball away.

Another Portarlington man, Colin Slevin, completed the full-forward line the last day. Slevin is a real leader in this team and made a massive contribution against Kildare after being unable to play the opening day due to suspension.

There appears to huge competition for places within the squad with the likes of Dean Brophy, Sean O’Neill, Ross Bolger, Damien McCaul and many more chomping at the bit to get on the field for the final.

Everybody will need to play their part if they are to overcome Dublin, as they boast one of the most talented forwards in the county in Ciaran Archer, whom Laois will know all too well after he fired 3-8 against them last year.

As per standard with Dublin teams, this looks to be another strong one and they sent out a clear message to Laois after they thumped Meath 2-14 to 0-7 in their semi-final. However, Laois will take encouragement in the fact that they have superior experience of the big stage at this level. Archer and manager Tom Gray are the only common connection to the 2019 team, while almost all of the Dublin squad have another year at the grade.

Laois come into the game as the 4/1 underdogs according to the bookies, with the Dubs heavily favoured at 1/5. The underdog tag tends to sit well with Laois teams, and Kinsella’s men are on the hunt for an upset.

*You can follow the game as it happens on our Live Blog, or watch the game live on TV.