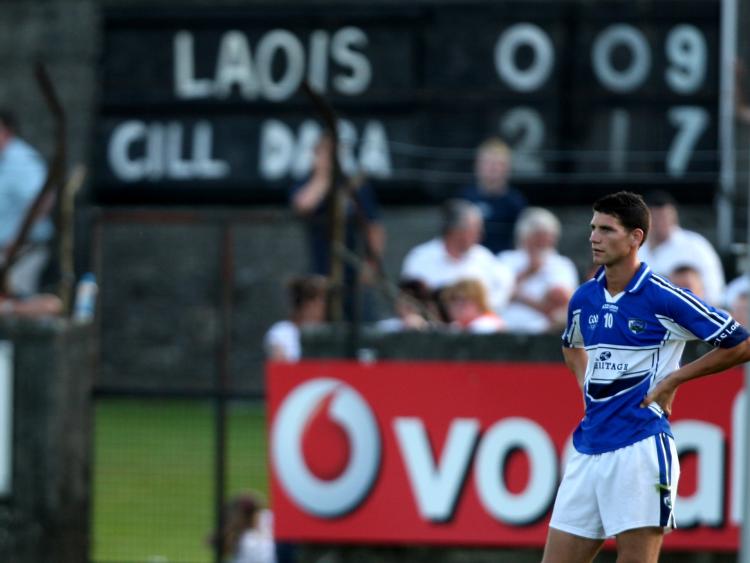 *This article was published in The Leinster Express on March 31, 2010

A number of defenders gave outstanding performances but Quigley was the real deal on Saturday night. He won six kickouts in the first half and three more after the break. And although he was yellow-carded in the first minute, he showed great composure not to react to repeated Kildare efforts in the second half to get him sent off. He also showed his athleticism and his endurance by getting through a mountain of work and All Star midfielder Dermot Earley won’t remember the game too fondly. Quigley showed on Saturday the player he can be and the player Laois need him to be. Long may it continue.

Score of the game

Donie Kingston's late effort was a fine score but the one he set up for Colm Begley was the standout score on the evening. Kingston held possession very well before Begley ran off his shoulder and Kingston gave him a simple pass. Begley looked to be out of his scoring range but he hit a wonderful curling effort on the run. It was his fifth game in a row to score a point as he continues to improve and show the type of form that made the Australians come calling in the first place

Thou shall not pass

The Laois defence lost John Scully before the game but they turned in a wonderful committed performance in his absence. They made at least five full-length blockdowns while there was an air of authority about them from the start. The Kildare forwards only managed three points from play between them as Laois remained steady and disciplined for the entire 70 minutes.

Laois could actually have won by more had they taken all chances they created. Donie Kingston missed a good goal chance in the first half while Padraig McMahon, Billy Sheehan and Michael Tierney all missed goals in the second. It doesn't matter now of course but it goes to show how much Laois were on top, that they could afford to give up such scores and still win with a degree of comfort

Kildare's attacking lineout was a strange set up as they went for four men across midfield and a two-man half-forward line and full-forward line. It backfired badly and only served the purpose of inviting the likes of Cahir Healy and Padraig McMahon further out the field where they both excelled.