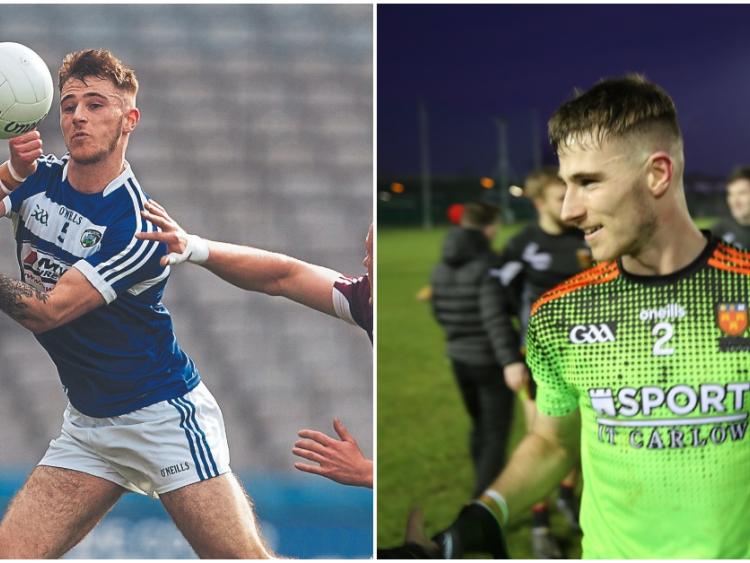 David Garland has been named the Electric Ireland Sigerson Cup Player of the Year for 2020 after starring for DCU in their run to Sigerson Cup glory.

The DCU DÉ forward is also joined by five of his teammates on the Electric Ireland Higher Education GAA Rising Stars 2020 Football Team of the Year, while Laois and IT Carlow footballer Trevor Collins gets the nod at half-back.

Garland was outstanding throughout DCU DÉ’s journey to Electric Ireland Sigerson Cup glory in 2020. The Monaghan forward scored a total of 1-14 across all games, finishing off with four magnificent points from play and a man of the match performance as he led DCU DÉ to victory in this year’s final over IT Carlow.

Graiguecullen man Collins, a member of Mike Quirke’s Laois senior squad, impressed with his tenacious defending and work-ethic as Carlow IT reached their first-ever Sigerson Cup final. He is joined by his IT Carlow teammates Cian Farrell from Offaly, Niall Hughes from Wexford and Padraig O’Toole from Wicklow.

The country’s top footballing talent was on display during at this year’s Higher Education Football season with DCU DÉ claiming their fifth Electric Ireland Sigerson Cup crown while Cork Institute of Technology gained promotion from the Electric Ireland Trench Cup following their victory in the final over Mary Immaculate College.