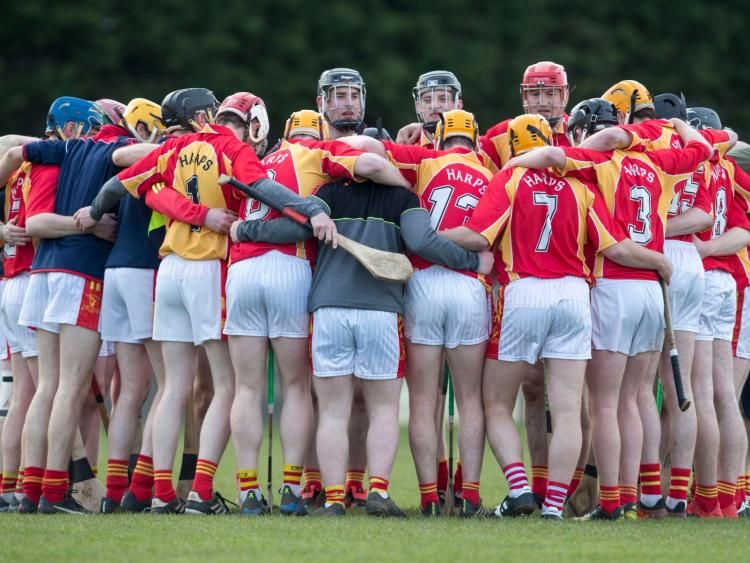 An impressive 15-point win for The Harps against Clonaslee in Colt this evening guarantees their place in the semi-finals of the Premier Intermediate hurling Championship and keeps on them on track for a fourth consecutive final showdown.

Leading by three goals at the interval, 3-8 to 0-8, thanks to a Michael Lanigan goal inside the first minute followed by a Philip Russell brace, The Harps carried through in the second half and finished strongly with Dan Comerford firing their fourth late on.

The game was less than a minute old when full-forward Eoin Clancy squared it to Lanigan on the edge of the square for the first goal of the day.

Clonaslee hit back with a John Rowney free two minutes later and then Lanigan added another from play, as did Daniel Comerford as The Harps kept on top in the early stages. Bob Downey pulled one back for Clonaslee with a rifled shot from a tight angle, but Philip Russell duly shot back for the eventual winners.

John Rowney split the posts with his first from right before the water break, but there was still time for Lanigan to hit another to restore The Harps lead to four at the break.

Clonaslee shot first with Rowney adding a free on the resumption before goal number two arrived for The Harps, courtesy of Philip Russell’s stroke from the deck to push their lead out further. Lanigan added another free, and then Russell repeated his trick with another strike from the ground finding the corner of the net as The Harps looked well on top.

The final minutes of the half were the most productive on the scoreboard with seven points arriving in injury-time, four for Clonaslee through Liam Senior (2), Rowney and Ruairi Conway, while Lanigan (2) and Ciaran Comerford ensured The Harps went in with a comfortable nine point lead - 3-8 to 0-8.

The Harps were quickest off the bat after the restart with Ciaran Comerford and Lanigan again raising white flags, but John Rowney was on hand to annul their efforts with a quickfire brace of frees.

Lanigan and Liam Senior exchanged fire before the water break arrived with the margin still at nine points.

Clonaslee never looked likely to bridge the gap as The Harps rattled off three more without reply, one apiece from the Comerford’s and a single from substitute Shane Fitzpatrick as the game entered the final 10 minutes.

Downey and Senior pulled points back for Clonaslee either side of an Evan Deegan point, and the game was well and truly over when Daniel Comerford powered through for The Harps fourth and final goal at the death to ensure their place in the semi-finals.