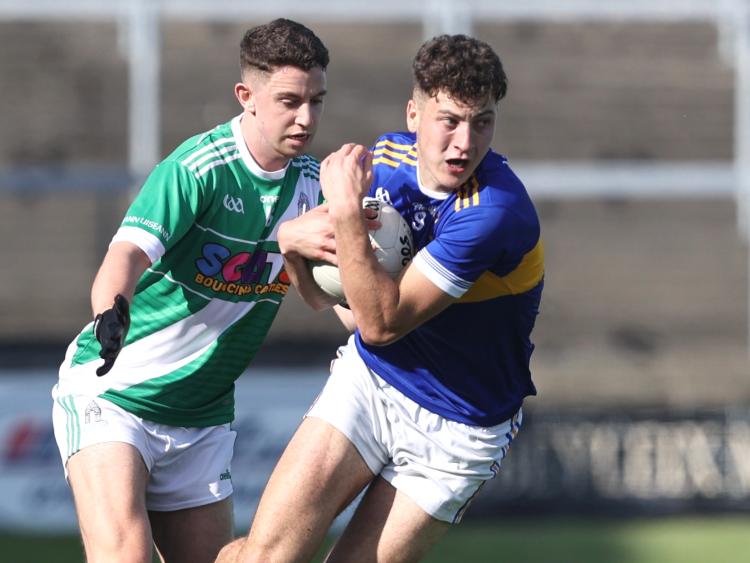 O'Dempsey's are through to the quarter-finals of the Laois SFC following a dramatic finish at MW Hire O'Moore Park where they came back from three points down heading into injury-time to fire 1-2 and steal the result from under Killeshin's nose.

This meeting between the last two county finalists, Killeshin in 2019 and O'Dempsey's in 2018, was an entertaining game from the outset played with a bite from the second the ball was thrown in. It finished in dramatic fashion with O'Dempsey's leaving it late to snatch the result.

The first half wasn't without its flashpoints as both sides were reduced to 14 men within seven minutes of each other. O'Dempseys' Robbie Kehoe saw red first on 15 minutes for an off-the-ball incident with Eoin Lowry yards away from referee Brendan Hickey, and when Adam Deering came in late on Mark Barry he too received his marching orders.

The sides went in level at six points apiece at the interval and there was never more than a single point between them in the opening half.

Michael Doran set the scoreboard in motion with 45 seconds on the clock with a dinger of a point and O'Dempsey's were on the board shortly after when Matthew Finlay slotted a 21m free.

O'Dempsey's took the lead when Micheal Finlay got their first from play inside five minutes, but Killeshin were back on level terms by the tenth minute after a fine team move saw Ross Bolger feed Eoin Lowry to dissect the uprights.

O'Dempsey's got their noses in front again when wing-back Johnny Kelly came through the centre to blaze over from 13 metres out. Typically, Killeshin were level three minutes later when Doran slotted his second game with another superb score.

The game took a twist on the quarter of an hour mark when Robbie Kehoe left referee Brendan Hickey with no choice but to send him to the line for an off the ball incident right in front of him as the sides broke for the first water break level at 0-3 each.

Killeshin took the lead on the resumption when David Aston clipped over a 21m free, and their short-lived numerical advantage came to an end two minutes later when Adam Deering was brandished a red card for a late strike on Mary Barry on the sideline under the stand.

O'Dempsey's hit two in a row after that through a Matthew Finlay free and a fisted point from Tom Behan - that just as easily could have been a goal - to see them take a narrow lead. Killeshin rattled off two of their own through Ross Bolger and Arnie Mahon to scrape ahead, but O'Dempsey's had the final say of the half with corner-back Tom Kelly splitting the posts to send them in at the break level at six apiece.

Matthew Finlay restarted the scoring with a free, and Killeshin went down the field and almost got in for a goal only for Cormac O'Hora's last-ditch clearance off the line. Ross Bolger settled for a point and Luke Attride followed with another.

Finlay converted another free to bring the sides level, but there was still time before the water break for Killeshin to get in for the opening goal of the game when the Lowry brothers combined to see Eoin rattle the O'Dempsey's net.

Killeshin extended their lead when play resumed through David McDermott before the game took another twist. Dan McCormack was bottled up in the square and the referee pointed to spot, despite the protests of the Killeshin supporters in attendance. Mark Barry stepped up and sent Shane Coakley the wrong way to rifle the ball into the top corner.

Killeshin bounced back with a Ross Bolger point after Doran cut along the endline to create the score, and although they lost Mark McDermott to a black card, they went three points up with substitute Gavin Brennan compounding their lead in the first minute of injury-time.

O'Dempsey's didn't panic and caught Killeshin on the break with Barry Kelly squaring to Matthew Finlay to draw the sides level on 62 minutes.

Killeshin went up the other end at pace and when Evan Lowry had the ball 20m out it looked a certain score, but he fluffed the shot and the ball went harmlessly wide.

O'Dempsey's continued to press forward and finished strong with points from Mark Barry and substitute Derek Dunne to book their place in the quarter-finals.