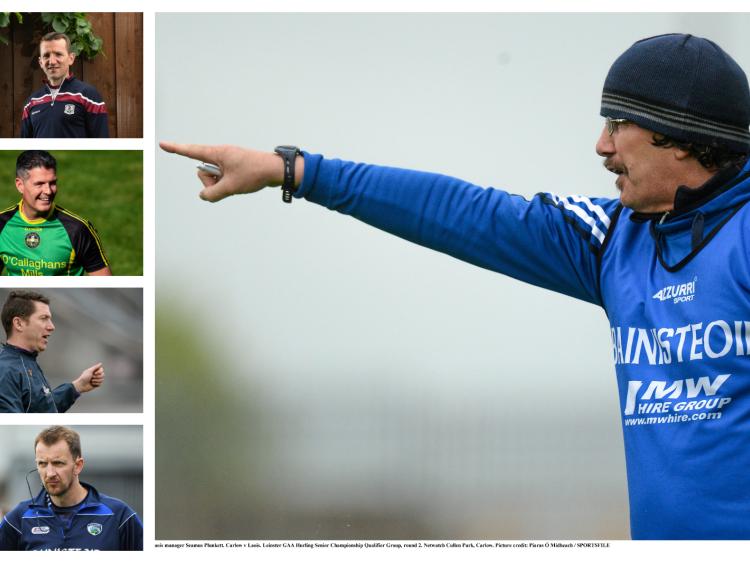 Seamus Cheddar Plunkett and some of the members of the new Laois GAA senior hurling backroom team. Pictures: Sportsfile

Laois GAA senior hurling manager Seamus Cheddar Plunkett has scored several coups with the make up of what is an extremely professional backroom team going into the 2021 season.

But the headline-grabbing appointment is the recruitment of Galway man Francis Forde as hurling analyst. The former inter-county hurler was part of the Micheál Donoghue management team that guided Galway to the Liam McCarthy Cup in 2017.

Cheddar has also signed up Donach O'Donnell as coach to the squad. The highly regarded former Limerick coach has managed club teams in Limerick and Harty Cup squads at Nenagh CBS.

A familiar name to Laois followers is John Sugrue. The former Laois football team manager comes on board with Conor Bolton to provide physio support under the Laois Physiotherapy Clinic banner. Sugrue has most recently coached the Kerry Under 20 Gaelic Football team.

The key strength and conditioning support will be provided by Leo Tiernan and David Matthews. Tiernan worked previously with Barry Solan providing S&C support to the Laois Senior Footballers.

David Matthews is an Irish former middle-distance runner specialising in the 800 metres who competed in the Olympics for Ireland. He trained the Cork Senior Hurlers to a Munster Title and All Ireland Final.

The backroom team is completed by Arthur Dunne, nutritionist and Dr JP Campion who will provide medical backup.
The team was due to be ratified by Laois GAA's county executive at a meeting on Monday, February 1.