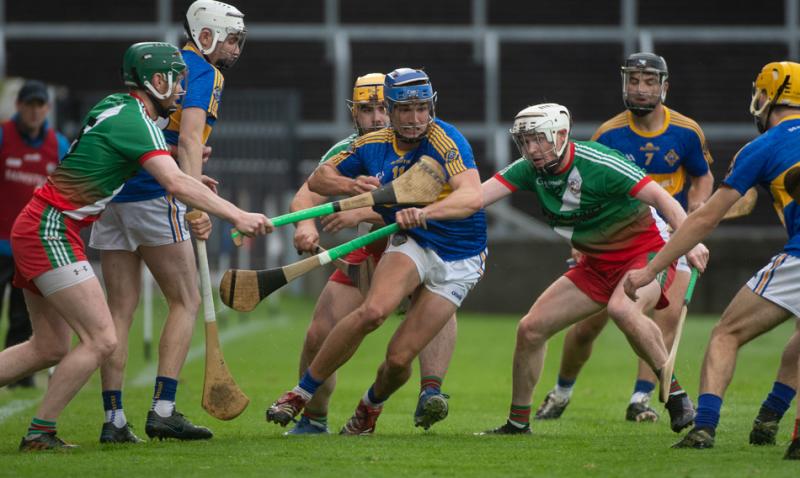 Prospects: While they look to be a bit away from challenging for a County title, they are a mid rank team that, if they get the best out of themselves, could push hard to be in the last four.
Enda Rowland is a key man for them and the natural leader of the group. With a minor success last year, they are a club on the rise and they could ruffle a few feathers this year.

Prospects: Staved off relegation last year with a relegation play off win over Ballinakill. They struggled against the big guns last year and shipped some heavy totals but a new year brings renewed hope. Keeping Ryan Mullaney fit will be crucial for their chances and a win in the opening round could be the shot of confidence they need to kick on and have a decent year.

Prospects: They were one of the stories of last year's championship getting to the semi final in their first year back at the top tier. Their win over Camross was a massive fillip for them but can they back it up? Fiachra C Fennell had a good year for Laois while Paddy Keating is a lively forward and one of the most accurate free takers around.

Prospects: As the reigning champions, they will have bulls eye on their back. They are the beat that everyone will want to beat this year but the fact that they have had a tough County final win under their belts in the last few weeks should stand to them, particularly in the early rounds.
Stephen Maher was in fine form in that final and they have leaders and youth integrated well into the team.
You would expect them to be in the shake up again.

Prospects: After a hugely disappointing 2020 campaign, they will be gunning to silence their critics. The loss to Rosenallis last year derailed their championship hopes but they should be excited to put that behind them and kick on this year.
Zane Keenan is still one of the best club hurlers around while the speed and all action style of Mark Dowling is another big asset.
Their opening round game against Rathdowney-Errill will tell a lot about where they are at this year.

Prospects: Mark Kavanagh is expected back from injury in the next few weeks and that is a serious boost for Shane Keegan's charges. With County experience and quality on every line of the field, they look to yet again be serious contenders to the throne.
They have a point to prove as well will feel that they under achieved last year given the pool of talent available to them.

Prospects: How they deal with losing a County final only a few weeks ago will be the big test for Ciaran Comerford and his management team. They weren't that far away from Clough-Ballacolla and they will need to bounce straight back on the horse for 2021.
PJ Scully is a scoring machine of late while Aaron Dunphy is also a player that can easily fire five or six points from play on any given day.
They have injury worries to deal with but they the personnel to be back in contention this year again.

Long term injuries: Ciaran Burke has been trouble with a knee injury in the last few months.

Prospects: Last years Premier Intermediate champions having beaten Portlaoise a few weeks ago will be hoping to emulate what Rosenallis did last year. If they can take a scalp in the opening couple of rounds, they will fancy their chances of getting to the knockout stages.

Their opening game is against champions Clough-Ballacolla so it will be straight into the lions den for a side that boast the likes of Podge Delaney and James Duggan who lit up the Leinster U20 hurling championship.