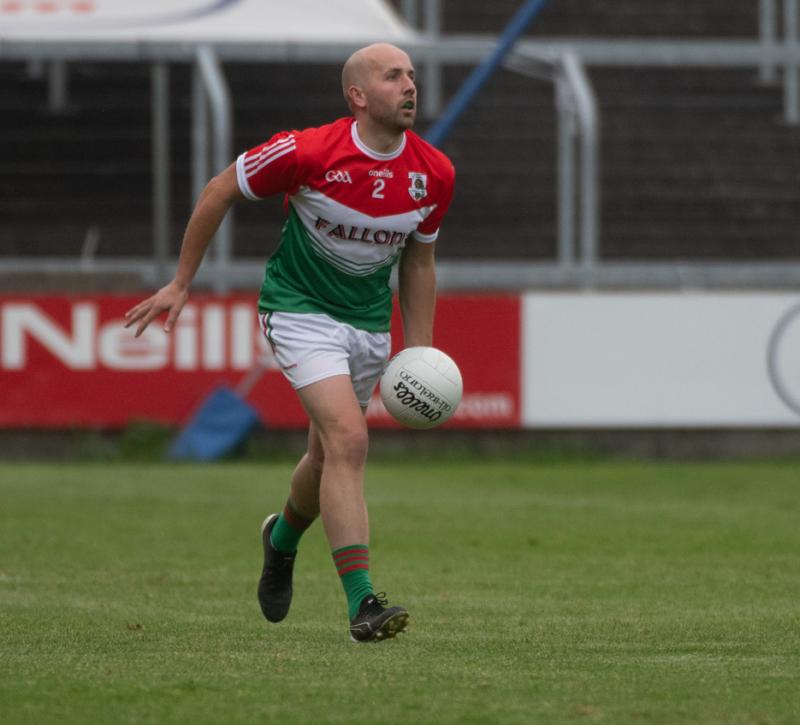 Clonaslee kicked the last six points of the game to stun Ballylinan and march on in the Laois senior football championship. It was a rollercoaster game for the Clonaslee with seven glorious goal chances going a begging over the 60 minutes and when Ballylinan goaled just before the second water break to put them three up, it looked as if their luck was out.

Trailing by four with 10 minutes to go, Clonaslee began picking apart the lead and produced a rousing finish to grab the win.

You couldn't say they didn't deserve it either. They may have spurned the goal chances but they never let up and created more than the Ballylinan men who lost Seamus Lacey to injury early on and had Gary Walsh struggling with injury from the early stages.

Ballylinan got the perfect tonic to start off with as Jamie Farrell clipped over but the big story of the opening quarter was the goal chances that Clonaslee spurned.

Niall Corbet levelled from a free before two on the bounce from Gary Walsh gave Ballylinan a two point cushion. The gallop was somewhat taken out of Ballylinan early on with Seamus Lacey forced off injured after 10 minutes while Gary Walsh also picked up a knock early on and wasn't moving freely.

McRedmond spurned his second goal chance shortly after while at the other end, Gary Walsh was still a threat, even on one leg.

Cathal Dunne landed a fine mark score for Ballylinan just before the water break as they held a slender 0-5 to 0-3 lead.

Niall Corbet was the star man up front for Clonaslee and his point narrowed the gap to the minimum.

Walsh was kicking some lovely scores for Ballylinan and after a neat combination with Alan Farrell, he landed his fourth of the day.

Niall Corbet then saw his second glorious goal chance stopped by Tom Wright on 18 minutes and with four goal chances now gone a begging, their luck seemed to be out.

By the 25th minute, Ballylinan had stolen a march with points from Cathal Leonard and Ciaran Farrell stretching their lead out to 0-8 to 0-4.

Clonaslee did come with another burst before half time with Bob Downey finishing off a move after a patient build up while John Rigney floated over a beauty with the outside of his boot.

Niall Corbet's speed was causing serious harm to Ballylinan but this time he was denied by the crossbar as another goal chance went a miss.

Liam Senior and Gary Walsh exchanged points in first half injury time with Ballylinan 0-10 to 0-7 up a half time when in fact Clonaslee could have been out of sight with all the goal chances they had.

Jamie Farrell started the second half as he did the first to edge Ballylinan four in front but they were about to be on the end of a Clonaslee purple patch.

Niall Corbet got through on goal again for the fourth time only to be denied by Kelly again but the goal they had been threatening finally arrived with Corbet turning provider for Liam Senior who found the net from close range to put Clonaslee back on level terms.

Points from Corbet and James McRedmond put them two in front as the whole game changed Ballylinan were not for fading away though and Cathal Dunne's goalbound effort was brilliantly saved by Tom Wright at the expense of a point.

Gary Walsh levelled the game from a '45' and just before the water break, the game took another twist with Jamie Farrell finding the net for Ballylinan to put them 1-13 t0 1-10 ahead at the water break.

Another beauty from Walsh put them four clear as the game entered the final 10 minutes but there was plenty of drama to come.

Clonaslee put in the mother and father of a final 10 minutes with six unanswered points to power home. Niall Corbet was to the fore with four of those, three from frees while Bob Downey and the outstanding John Rigney completed the stirring final 10 minutes.

Ballylinan were denied a penalty in injury time when Jamie Farrell went down under a challenge in the area but referee Brendan McCann waved play on.