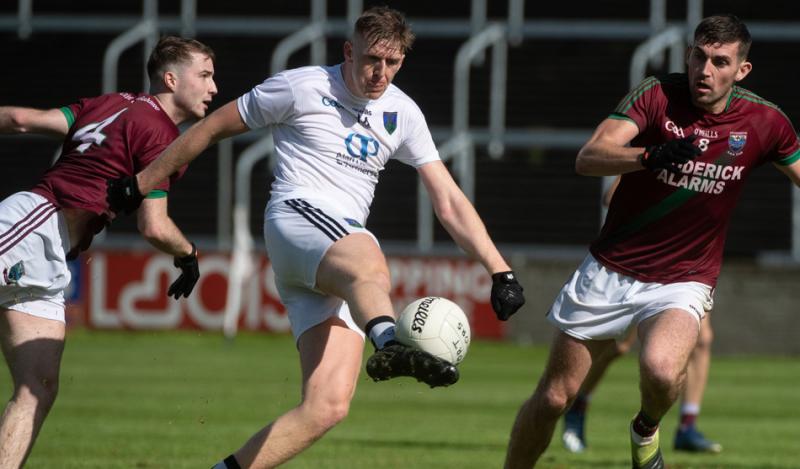 In the Intermediate section, Crettyard will play Arles-Kilcruise in one of the quarter-finals. Crettyard took a big beating off of Park-Ratheniska in round two, and will hope to get Evan O'Carroll more involved against an Arles-Kilcruise side who easily saw off Portlaoise's second string.

O'Dempsey's second team will face off against Timahoe in a repeat of last year's round two clash. On that occasion, O'Dempsey's defeated Timahoe but after taking a hammering against Mountmellick, it might be difficult for the Killenard men to raise morale, and you would fancy Timahoe.

Park-Ratheniska and Mountmellick booked their place in the last four already thanks to big wins, and they could be on a collision course for the final.

While in the Senior Relegatation Semi-Finals, Ballyfin will take on The Heath, and Arles-Killeen meet Ballylinan.

Ballyfin will count themselves seriously unfortunate that they are even in this battle to avoid relegation, as they had to play powerhouses Portarlington and Portlaoise where they could have easily beaten both as well.

They will be big favourites to defeat The Heath, who suffered a number of key injuries before the championship started.

Arles-Killeen were involved in a brawl at full-time in their loss to Killeshin, and could have a few suspensions to deal with. Ballylinan aren't without their own problems thoughh, with injuries to Laois Senior players Seamus Lacey and Gary Walsh to contend with.

Finally, in the Laois Senior Football Championship round three, there were some interesting ties thrown up. St Joseph's have a habit of drawing Portlaoise a lot in recent years, and they will once again meet in the tie of the round.

Killeshin will take on Stradbally, and it remains to be seen whether any Killeshin players receive a suspension for their part in the brawl with Arles-Killeen.

Ballyroan Abbey, Portarlington, O'Dempsey's and Graiguecullen are all safely through to the quarter-finals.

The full draw is listed below: