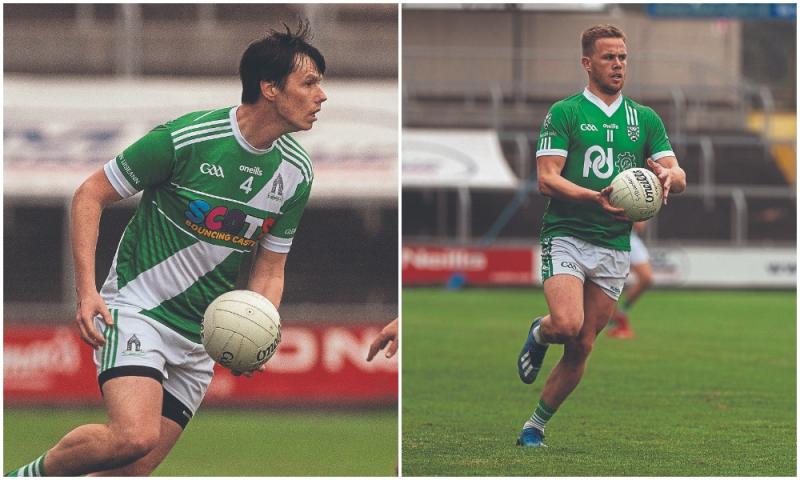 Stradbally bounced back from their disappointing defeat to Graiguecullen by defeating Killeshin, who conceded three goals in the first half and could not climb back from the deficit

Stradbally almost had a fortuitous goal from the off here. Garry Comerford's free, which he was trying to put over, came back off the crossbar and out. That was already a bit of a warning sign though for the Killeshin men.

Killeshin had a goal chance in the next possession themselves, with Conor Heffernan going through on goals, but Wayne Comerford came out to stop the shot.

Conor Goode's pace and power was apart of everything good Stradbally did in the first half, He earned a free which Comerford slotted betwen the posts to get Stradbally on the board in O'Moore Park.

Michael Doran grabbed Killeshin's first score, but they struggled to make in roads into the Stradbally rearguard for the vast majority of the first half. Stradbally, on the other hand, were goal hungry.

Darren Maher got the first of his goals around the tenth minute, and it was that man, Conor Goode, who set him up. A mix up in the Killeshin defence where two of their defenders went for the same ball resulted in them both clash and fall to the ground, and that allowed Goode to go in and feed Maher for a tap in.

Garry Comerford added another point just before the water break, this time from play, as Stradbally went in with a 1-2 to 0-1 early advantage.

Stradbally's defence was magnificent for a lot of the first half, with Eamonn Delaney brilliantly blocking down Michael Doran's attempt. This defensive play from Delaney was followed by Stracbally's second goal, as Maher grabbed another.

Ciaran O'Neill picked a nice pass to full-back Liam Knowles who had made a run up the field, and Knowles took the mark. He then fired in a long ball into the square, and in charged Maher to fist it into the back of the net.

Stradbally's defence continued to do very well, and that led to goal number three being fired in minutes later. Again, it was Conor Goode who was central to the move. Goode played a one-two twice with Eoin Buggie, and Buggie buried it past Killian Roche in the Killeshin net.

Eoin Lowry and Eoin Buggie exchanged frees at the start of the second half, before Killeshin grabbed a goal to get them back into the game. Eoin Lowry received a nice ball in from David Aston near the square, and Lowry rounded Wayne Comerford before dispatching to the Stradbally net.

Further points from Eoin Lowry (free) and Michael Doran (mark) cut the deficit all the way back to just two points. Stradbally grabbed two crucial scores just before the second water break was called for, with Podge Fitzpatrick and Buggie (free) raising a white flag each for them.

Stradbally had a four point cushion and they managed to see out the rest of the game fairly comfortably. Goode, Eamonn Delaney and substitute Jody Dillon scores were enough to see them through the quarters.