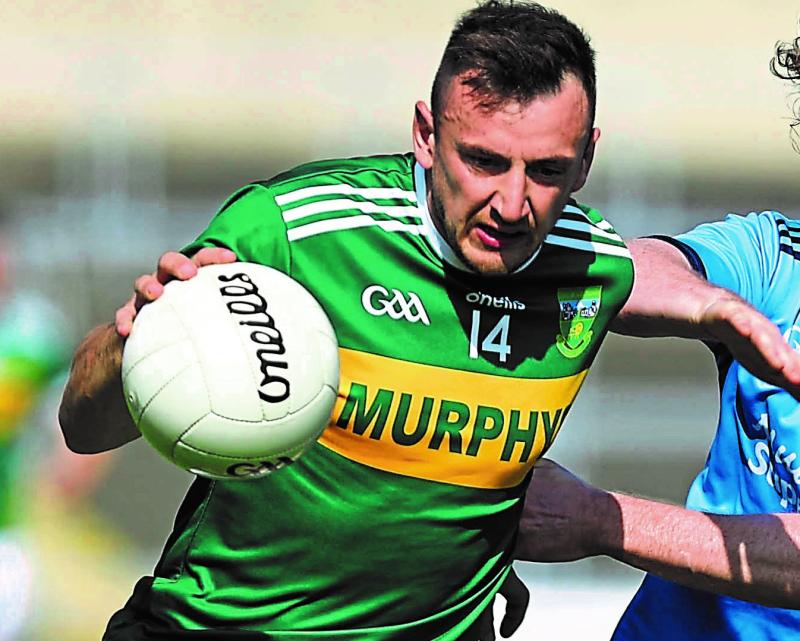 After a controversial past few weeks involving Arles-Killeen in the fallout after the brawl with Killeshin in round two, they returned to O'Moore Park on Sunday evening.

Arles-Killeen made sure of their safety for another year, as a depleted Ballylinan outfit missing county players in Gary Walsh and Seamus Lacey fell to them. Mick Lillis's men will need to find a way to pick themselves back up for a relegation decider with The Heath in two weeks time.

Ballylinan could not have got off to a worse start, and Arles-Killeen a better one, as there were two goals in the first five minute and both went the way of Arles-Killeen.

For the first one, Paul Kingston played a very precise pass into the onrushing Sean O'Shea, who rounded Ballylinan keeper Tom Wright and dispatched to the net.

For the second goal, Donie Kingston was dragged back in the square, and Brendan McCann awarded a penalty. Donie Kingston stepped up and sent Tom Wright the wrong way, and Arles-Killeen were already well on their way to safety.

Ballylinan could have conceded a third goal shortly after but for full-back Alan Farrell. Paul Kingston played it across to his older brother Donie, and it appeared he had a tap in, but Farrell somehow managed to get back and clear it off the line with his foot.

Ballylinan had a few ventures forward after that but no scores came. Arles-Killeen, on the other hand, were playing some lovey football despite the dreadful conditions.

Paul Kingston put over his first point, before teenager Colin Dunne delivered two more points for the Arles-Killeen men. They were two excellent scores as well.

Ballylinan finally got on the scoreboard through a Cathail Dunne free towards the end of the first quarter, but Mick Lillis's charges were left with a mountain of work to try and turn this one around.

Paul Kingston kicked his second score over the bar upon the resumption of play after another nice passing move involving Donie Kingston, Donie Brennan and Colin Dunne.

Ballylinan grabbed their first score from play through Cathail Dunne, and after a period of five minutes where both teams failed to register any score, it would be Ballylinan's Dunne who eventually put over two frees and claw back the deficit to two goals.

Donie Brennan knocked over a free from distance to return Arles-Killeen to the scoreboard, but an injury to Donie Kingston's arm was slightly worrying for them just before the half-time whistle was called.

Fortunately for Arles-Killeen, Donie Kingston did return for the second half. Ballylinan had a lot of the ball at the start of the second half, but two bad wides and one attempt dropped short meant they still trailed by seven.

They were punished severely for those missed chances down the other end by Arles-Killeen. Colin Dunne dispossessed Alan Farrell from a short Ballylinan kick-out. Dunne slid it soccer-style to Donie Kingston, but his attemot to round Tom Wright was unsuccessful as Wright got a foot to the ball.

However, the deflection fell to Conor Keightley, who handpassed to Dunne, and this time he slid it into the bottom left corner of the net.

Donie and Paul Kingston tacked on further points for Arles-Killeen, before Larry Kealy landed Ballylinan's first of the half from distance. They now trailed 0-6 to 3-7 during the second water break.

Arles-Killeen wrapped up the contest after the water break ended, as Donie Kingston bounced off a few challenges before playing a ball into his brother, Paul. He showed a serious burst of speed to round his marker and fire another past Wright in the Ballylinan net.