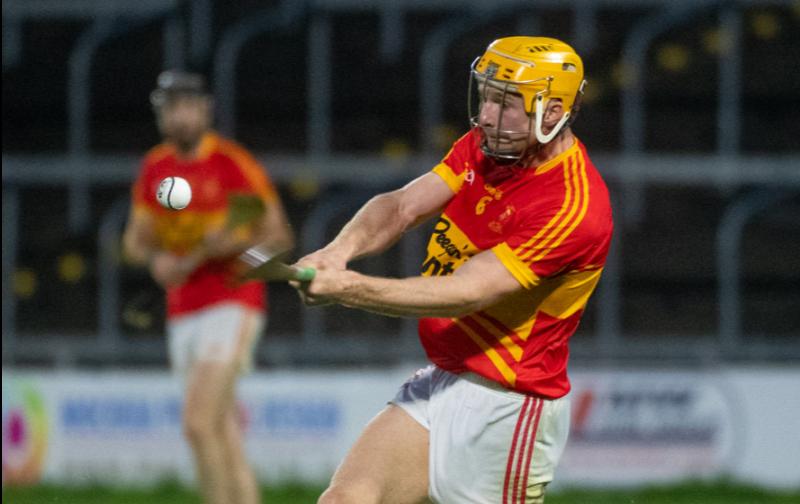 In a slight surprise in this Laois Senior Hurling relegation decider, The Harps defeated Abbeyleix thanks to a sublime first half performance.

The Harps led 2-13 to 0-8 at half-time, and Abbeyleix didn't have the firepower to cut back that deficit. A second half goal from The Harps' Pat Walshe closed the door on any possible comeback Abbeyleix may have been mounting.

The Harps, who played with a strong wind in the first half, used it to their full advantage early on by putting over the opening three scores. Michael Lanigan (free) Eoin Clancy and John Brophy all raised white flags for The Harps men.

Abbeyleix replied well, with Rory McEvoy and Ciaran Byrne registering scores for them. The Harps went back three in front soon after though, as backs Barry Dunne and Padraig Delaney put over scores for them.

Eoghan Fennelly fired over a free to leave two in it, but The Harps finished the first quarter the stronger with scores a couple of Lanigan frees.

It was all The Harps in the second quarter as well, as two goals sent them on their way.

Eoin Clancy grabbed the first, as he managed to skillfully control a long puck-out from his keeper, Peter Walshe, and fire it into the bottom corner.

Not long after the first goal went in, the second followed. This time it came from Laois U-20 star, James Duggan, who also put one into the corner of the net. The Harps raced into half-time with a 2-13 to 0-8 advantage.

Abbeyleix had a strong wind behind them for the second half, but they failed to make good use out of it. They only managed two scores in the entire third quarter, with Eoghan Fennelly converting two frees.

They went all out for goals in the final quarter to try and rescue them out of this hole that they were in. Laois goalkeeper  Enda Rowland did manage to bury a close range free into the back of the net, but that was about all they could come up with.

Richie Saunders, who had a fine game, put over two big scores to settle The Harps down the stretch, and then Pat Walshe put the icing on the cake with a marvelous goal. Walshe caught well and raced past his marker before crashing an unstoppable effort into the top right corner of the goals.