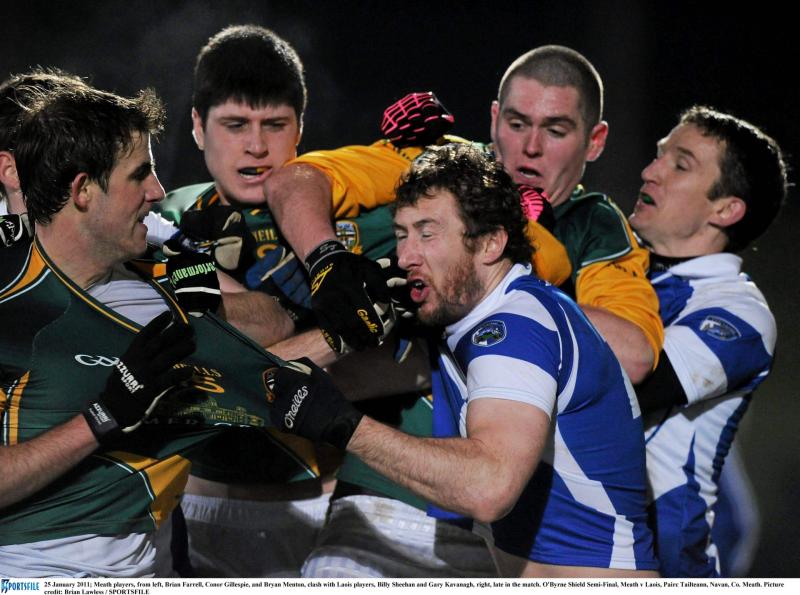 Billy Sheehan in action for Laois in an O'Byrne Shield Semi-Final versus Meath in 2011. Picture credit: Brian Lawless / SPORTSFILE

Laois GAA have gone down a well trodden route to find its latest  senior football manager but this man has worn the blue and white for the county.

Kerry native Billy Sheehan is being touted as successor to Mike Quirke to take over in a job that is sure to challenge his fledgling managerial skills.

It's the sixth manager from the Kingdom that Laois have turned to - a run that started with Mick O'Dwyer. He was the most successful by leading Laois to a Leinster title 2003. The others, including Quirke, have had mixed records. Apart from John Sugrue, Tomás O Flatharta, Liam Kearns did not enjoy successful stints in the midlands.

Quirke resigned as manager in the wake of July's 3-20 to 1-10 Leinster SFC thumping against Westmeath. A lack of Gaelic games activities in secondary schools was among the reasons given for his resignation.

Quirk has since graduated to Jack O'Connor's management team with the Kingdom.

Tralee native Sheehan played for Laois from 2005 to 2015. He has worked on Offaly and Cork management teams since.

Laois hold a county committee meeting on Monday 18 October when he is likely to be ratified.

Laois GAA has had a high turnover of managers since Micko's days. The county has had just two Laois natives in charge since then. They haver turned to Galwayman Anthony Cunningham, Tipps Peter Creedon and Armagh All-Ireland winner Justin McNulty who had the best run of success out of the three.

During the time the pipeline of minor and U21 teams has slowed in an area when Portlaoise has dominated the club scene.

A new report prepared for the Laois County Board has called for a shake up in the club and county scene to overcome the apathy that has gripped the county since the high point in 2003.