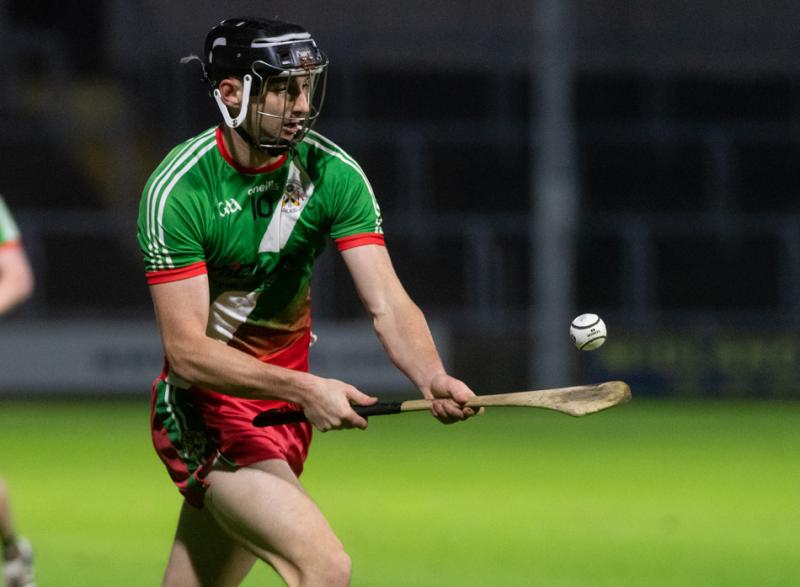 Borris-Kilcotton are back into the Laois senior hurling final after they put in an assured and workmanlike performance to see off Camross on Sunday.

They built up a five point lead with the wind in the opening half and controlled the game well in the second half as Camross went in search of goals.

Colm Stapleton and Joseph Campion were both in excellent form for the victors while Eoin Fleming in the goals made some vital saves in the second half from Eoin Gaughan and Zane Kenenan.

Colm Stapleton opened the scoring in the opening stages but Camross wasted little time with Liam Delaney drawing them level. Borris-Kilcotton had the aid of a strong wind in the opening half and they were using it well in the early stages as they opened up a 0-7 to 0-2 lead by the 10th minute.

Joseph Campion (two), Aaron Dunphy and PJ Scully all opened their accounts in that purple patch as they looked in control. Camross were battling hard but needed scores badly.

They went from 0-7 to 0-2 down to drawing level four minutes later. Zane Keenan knocked over a free and a sideline cut before Mark Dowling did trojan work to beat his man and put a goal on the plate for David Mortimer as Camross roared back to life.

Now at 0-7 to 1-4, it was game on. Some indiscipline cost Camross just before the water break and two PJ Scully frees had the Borris-Kilcotton men just edging it at the water break leading 0-9 to 1-4.

Joseph Campion was having a stormer in and around the middle third and his point extended their lead before Keenan nailed another free to make it a two point game with 10 minutes to play.

That free from Keenan proved to be their last score of the half though while at the other end Borris-Kilcotton made hay. Aaron Dunphy fired over before a massive score from his own half back line from Steven Phelan moved them four ahead.

There was time for one more score with Scully nailing a free from his own half back line as Borris-Kilcotton held a 0-13 to 1-5 half time lead.

Camross started the second half well and cut into the lead with scores from Zane Keenan and a super effort from David Mortimer. Now a three point lead, Borris-Kilcotton had to knuckle down and that they did.

The next attack after that save saw Borris-Kilcotton come down the field and Stephen Dunphy fire over as they began to close out the game.

Nothing was sticking for the Camross men and they trailed 0-17 to 1-7 at the second water break. They had a couple of half goal chances coming down the stretch but Borris-Kilcotton defended well.

Late scores from Stephen Dunphy, Colm Stapleton and PJ Scully took them over the 20 point mark as they head back for another county final appearance in two weeks time.