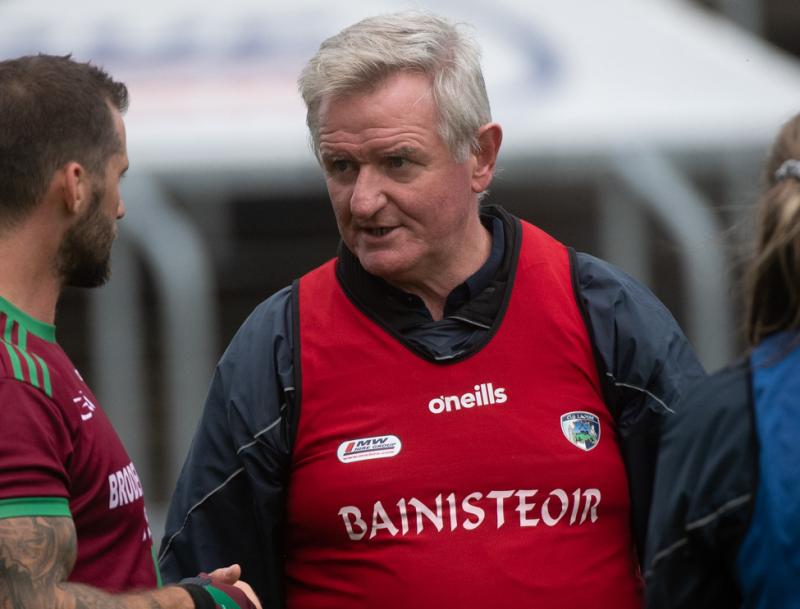 Portarlington manager Martin Murphy is the last manager to have defeated Portlaoise in a senior football final.

Back in 2016, he guided Stradbally to victory over the kingpins Portlaoise and he will be looking to repeat the act on Sunday as he leads his Port charges into battle as they look to put back to back titles together.

He isn't surprised Portlaoise are in the final and is expecting a ding dong battle.

“There is quite an improvement in Portlaoise and they will be happy with their performance going into a County final. Portlaoise are Portlaoise, they don't go away for very long and when they lose a championship, they generally come back fighting hard.

“I can see it being a close contested game. We know each other well over the last three years and both teams really respect one another.

“They have adapted their new players into their style of play fairly easily. The more senior players in the club still have a lot to offer.

“We said at the start of the year that we were going to have to beat Graiguecullen or Portlaoise to win a championship and that has come to fruition now.”

Portarlington beat Emo 0-10 to 0-4 in their semi final two weeks ago but all involved were disappointed with their display.

“The guys were disappointed with the Emo game. We had a lot of chances but the scoreboard didn't show that we had so much possession and chances. It was frustrating to say the least.

“The underfoot conditions throughout the game got gradually worse. I suppose it's not really fair to blame out poor performance on the ground or the weather but we had a good chat about it during the week and semi finals are for winning really.

“Lads only played in a County final three months ago and I don't know was the fear of losing greater than the actual drive that was there for them to go on and win the game.

“We had 44 attacks and 33 shots at goals while we only converted 10 of those so that tells a story in itself.”

Portarlington have been water tight at the back this year and while they were wasteful in their semi final win, a concession of just four points was another example of their defensive prowess.

“We play an open style of play when we have the ball but our defence has been immaculate this year. We have conceded very few scores and we work hard on that. Maybe we have suffered a little bit up front as a consequence but having said that, the quality is in the team to push on on Sunday and to perform a lot better than we did against Emo.

“Jason Moore is a massive loss to us. As a leader he was someone we felt we couldn't do without so the proof will be on Sunday as to whether we miss him as much as we thought we would. He was ther catalyst last year for the way we played but we have a couple of lads who have taken up the mantle this year to be fair.

“We have a lot of strong personalities in the squad and a lot of experience. Keith Bracken, Robbie Piggott, Colm Murphy, Paddy O'Sullivan, David Murphy and Cathal Ryan, these lads are driving things as senior members of the squad.”

The Gracefield native has been surprised with the volume of games in O'Moore Park over the last few weeks given the inclement weather and isn't expecting conditions to be great for the football showpiece on Sunday.

"I was surprised there was so many games played on it. I know in other Counties, they pulled some of their championship finals from their County ground to try and preserve it for the senior finals.

“I know everyone wants to play their final in the County ground but there is nothing we can do that. The surface has deteriorated dramatically since we played our 2020 final in August but we just have to get on with it.”