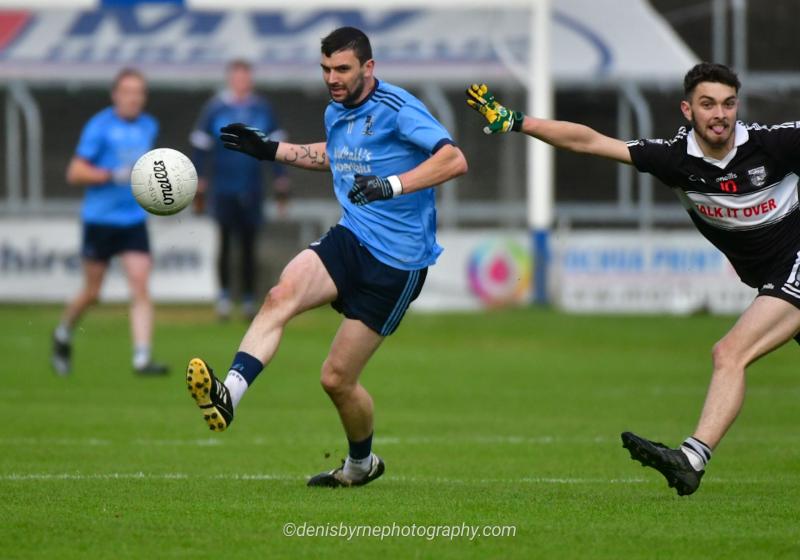 Ballyroan Abbey are the Laois JFC ‘A’ champions after they overcame a dogged Barrowhouse side in O’Moore Park on Sunday.

Remarkably, Ballyroan Abbey didn’t take the lead until extra time, only drew level for the first time in the 58th minute and still needed a last-gasp point from Conor Brennan to force extra time.

By then, however, Barrowhouse were physically and mentally exhausted and Ballyroan Abbey were just hitting their stride, and they streaked clear in the two extra periods. James McWey was superb for them as he hit 0-9, while Conor Brennan also made a big contribution, scoring 0-4 from play after being introduced into midfield at half time.

Ballyroan Abbey nearly made the perfect start when, with a little over a minute on the clock, the ball was played across the Barrowhouse penalty area towards Lawson Obular. He got a deft flick on the ball and directed it past Dara Phelan, but then it hit both the crossbar and the post before Barrowhouse scrambled it to safety.

The opening score came shortly after as Barrowhouse got us up and running, Fergal Murphy pointing after a strong run into the heart of the Ballyroan Abbey defence. Lee Day then doubled their advantage with a free and Barrowhouse would go on to enjoy the better of the first half.

TJ Burke and James Baldwin hit a brace of points each and Lee Day added another free to keep them in control, with James McWey leading the response for Ballyroan Abbey with a couple of points. At the water break, the men in black and white were 0-6 to 0-3 ahead.

There was plenty of drama when played resumed, starting with Ballyroan Abbey scything through the Barrowhouse defence. Lawson Obular and Odhran Delaney combined to set up Ben McDonald who, despite appearing to be taken down in the penalty area, was denied a penalty and play continued.

Barrowhouse made the most of the reprieve as they pieced together a nice team move which ended with Fergal Murphy being put through on goal by James Baldwin. Murphy composed himself and his low finish nestled in the bottom corner.

James Baldwin saw his goal chance brilliantly blocked by Sam Quinn moments later and it looked like Barrowhouse would run riot, but Ballyroan Abbey responded well. James McWey hit his third point and Alan McWey added a couple as well to keep them in the hunt, 1-7 to 0-6 the half-time score.

Ballyroan Abbey needed to improve and they looked to their bench, bringing in Liam Delaney and Conor Brennan at half time and the latter had an immediate impact. Brennan pointed within three minutes of the restart and would hit two more by the water break.

Lee Day got Barrowhouse’s sole point in this period, from a free, with James McWey also hitting a free to leave just one in it at that second water break, 1-8 to 0-10.

Lawson Obular had a wonderful chance to put Ballyroan Abbey ahead seconds after the restart but he blazed his effort wide, and Barrowhouse made them pay with a fine score from Lee Day.

However, Ballyroan Abbey were having the better of the second half and Barrowhouse were visibly tiring. Eventually Ballyroan ground them down as two more points from the excellent James McWey drew them level with two minutes of normal time left.

That set up a frantic finish in which Barrowhouse re-took the lead in injury time thanks to an excellent free from Lee Day, only for Conor Brennan to slot over his fourth point of the half, all from play, with the last kick of the game to force extra time.

The opening period of extra time belonged to Ballyroan Abbey as their superior fitness began to tell, with James McWey hitting three more points before a deflected ball into the area looped into the Barrowhouse net, making it a six-point game, 1-16 to 1-10 at the crossover.

Ballyroan Abbey kept pushing ahead and a Liam Delaney point was followed by a second goal, this one from Dylan Cuddy, as they cruised to what was, in the end, a comfortable win.