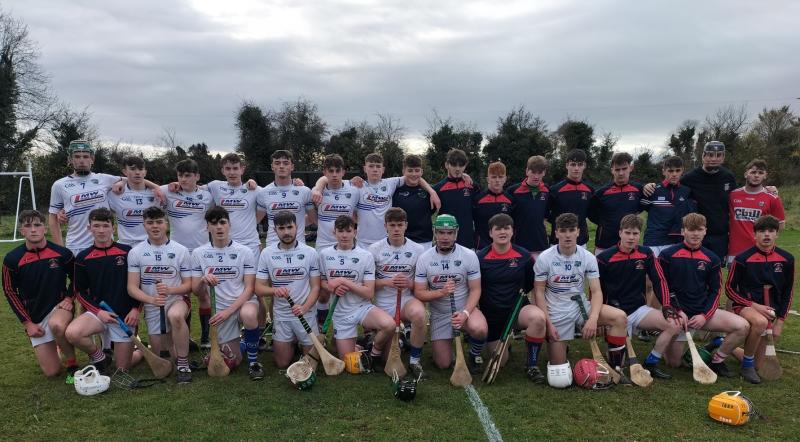 Taking on Castlecomer CS, a school who had played in the 'A' grade in recent years, the Laois school were the masters on the day and fully deserved a nine point victory claimed on home soil in Mountrath.

Camross man Ben Deegan was the hero of the day with a whopping 1-12 to his name and he stood out from start to finish. It was an impressive all round performance with the first touch and work rate the basis on which the victory was built on.

It bodes well for them to get off the mark in the opening game and with only three teams in the group, they have the initiative in the early stages with Colaiste Choilm of Tullamore the other team that they will face in the group stages.

Mountrath CS played with the aid of the breeze in the opening half and although Ben Deegan did fire over the opening score of the game, they soon fell behind with Castlecomer landing a quick brace to give them an early advantage.

Ben Deegan fired over three of those, two from play while Ciaran Culleton and Jack Breen, who were showing well in the inside line, also opened their account with fine scores.

The sides traded scores before the water break but they would have been happy with a 0-7 to 0-3 lead at the end of the opening quarter.

Crucially, the kicked on and picked up where they left off after that. Two frees from Deegan extended their lead to six points before Shane Buggy knocked over a free for Castlecomer, their first score in 19 minutes to break the cycle.

Jack Breen then landed a superb effort for his second of the day and Mountrath CS were really moving now.

Castlecomer were not able to lie down and they reeled off the next three scores through Shane Buggy, Tommy Coogan and Mark Gunner to only leave five points between the sides with half time approaching.

Mountrath stopped them in their tracks before the half time whistle with Deegan landing a '65' and a free to leave them in control leading 0-13 to 0-7 at half time.

Things improved early in the second half. Ciaran Culleton was fouled for a penalty and the man of the match Ben Deegan made no mistake in firing home a low bullet to stretch their lead to nine points.

However, straight from the puckout, Castlecomer got a goal straight back after a scramble in the goalmouth saw Jonah Kelly somehow find the net in the middle of a cluster of players.

Again, Mountrath had all the answers. Deegan (free) and a fine point from the impressive Conor Doran on the edge of the square got them back motoring while Josh O'Brien Holmes also fired one over from distance during a five minute period where Castlecomer reeled off three scores to keep them in touch.

Mountrath led 1-16 to 1-9 at the second water break and keeping the goals out would now be crucial. They managed to do that with some resolute defending as Castlecomer through the kitchen sink at them.

Two more frees from Deegan and a long range corker from Ciaran McKelvey eased them down the home straight before the final score of the game fell to the hard working Jer Quinlan who had a fine hour at centre forward.