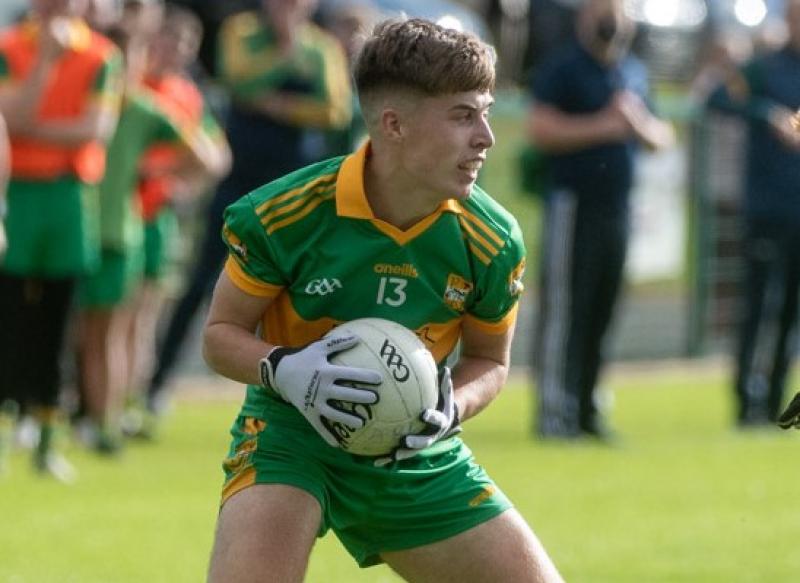 Park Ratheniska's incredible year continued on Saturday as they opened up their Leinster Intermediate football campaign with a one routine win over Carlow champions Naomh Eoin in Dr Cullen Park.

The Laois Intermediate champions having too much class for their Carlow counterparts all over the field and a powerful final quarter saw them comfortable winners.

With the deadly duo of Kieran Delaney an James Connolly on song on the scoring front, the backs were rarely troubled and they now move on to a date with the Wexford champions, Clongeen in the next round in two weeks time.

Despite the one sided nature of the game, it was actually the Carlow men who got into the scoring groove first. Keith Hogan fired over the opening point of the game but that would prove to be their final score of the half after a combination of some excellent Park Ratheniska play and an unlucky spell where Naomh Eoin picked up injuries pretty much decided the result from an early stage.

Kieran Delaney opened their account with two points to give them the lead and they were beginning to turn the screws. There were goal chances at both ends but no green flags came out of it and it was a paltry 0-2 to 0-1 in favour of Park Ratheniska at the first water break.

Kieran Delaney and James Connolly (two) got the Laois men back into the groove in the second quarter as the Carlow champions were slowly drifting out of the game.

Their keeper Andy O'Brien was shown a black card for dissent to referee Anthony Nolan so not only were they 0-6 to 0-1 behind at the break, but they would have to play with 14 men for almost 10 minutes of the second half when play resumed.

Cathal Treacy started Naomh Eoin off on the front foot in the second half with a fine point but the aforementioned Connolly kicked two more for Park (one from a mark and one from a free) to stretch their lead on 40 minutes.

Andy O'Brien fouled Marc Ramsbottom for a penalty just before the second water break but Kieran Delaney's effort flew over the crossbar and Park lead 0-10 to 0-2 with 15 minutes to play.

Naomh Eoin got a penalty of their own shortly after and Anthony Hogan made no mistake to bring it back to a five point game.

James O'Hara was sent off for the Carlow champions and with James Connolly kicking his sixth point, the result was no beyond doubt.

Points from Kieran Delaney and Mark G Delaney gave them that extra cushion as the game entered into the final five minutes.

After Sean Tierney and Simon Fingleton kicked further points, Mark G Delaney put the icing on the cake late on after he found the net to round off an impressive win.

Downey strikes at the death to seal dramatic win for Ballinakill