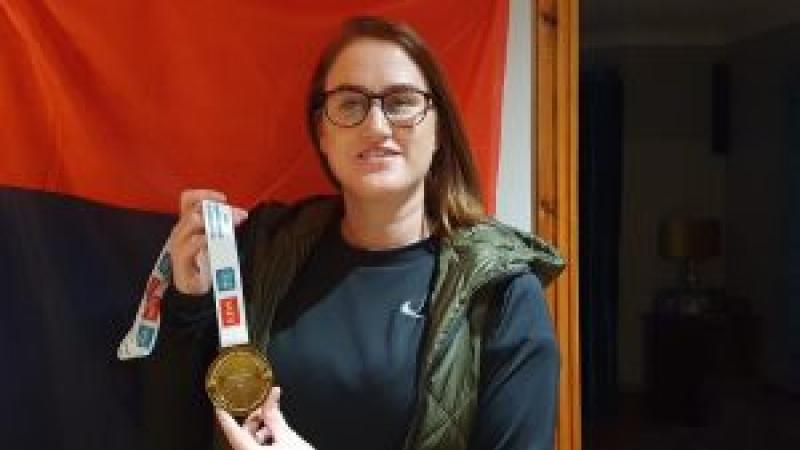 Timahoe Ladies football stalwart Maggie Murphy has been chosen as one of the four Ladies Football Gaelic Association members to receive an award at the Irish Sport Volunteer awards.

Maggie Murphy is a fantastic ambassador for Timahoe Ladies Football Club, having spent her adult years giving back to the club by enabling young girls to get involved and feel part of the Timahoe club family.

She brings positivity, enthusiasm and hard work regardless of the role she undertakes as a volunteer and holds many positions within Timahoe, from coaching the under 8 girls to being part of the development committee.

She previously served as chairperson for seven years and is incredibly passionate about Ladies Football. Her experience enables the club to be proactive and progressive and her work and dedication has had a lasting impact on every one who has come through Timahoe for many years.

A former stalwart player for Laois Ladies, she has given a massive amount of service to both club and County and the award is fully deserved. 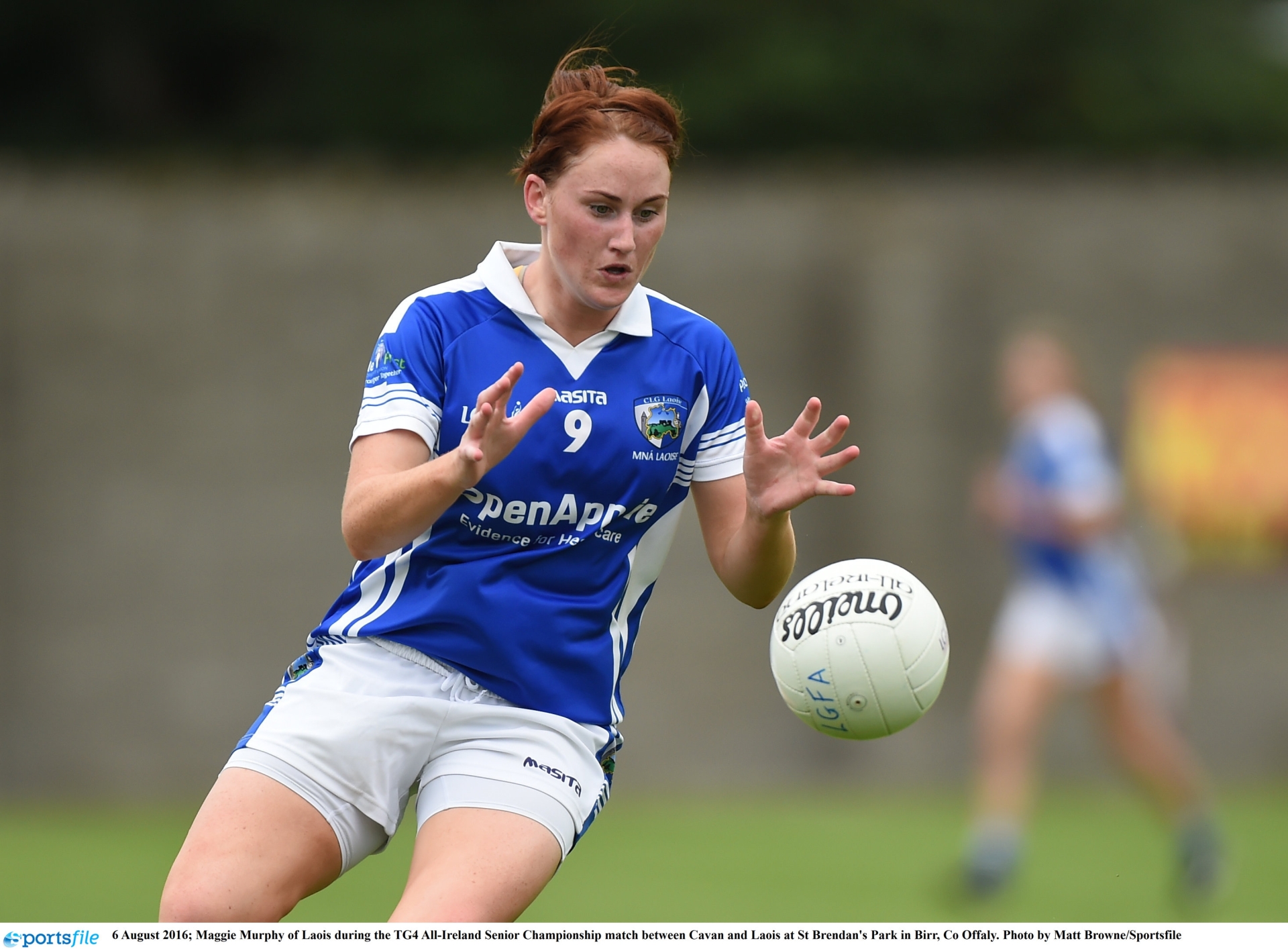 The Volunteers in Sport Awards celebrate the contributions of the band of volunteers across the country who give their time to Irish sport and physical activity every year. This equates to approximately 37.3 million hours of volunteering across Ireland’s 13,000 registered sports clubs and associations and, according to Sport Ireland’s 2021 ‘Researching the Value of Sport in Ireland’ report, is worth an estimated €1.5bn to the exchequer.

Throughout September and October members of the public, sports clubs and governing bodies were invited to nominate an individual whose contribution to sport and physical activity in Ireland has made a real difference to their community, club or county. The nominations and award recipients were selected by a judging panel consisting of 12 individuals drawn from sports administration, the volunteer community and media, and included former Director General of the GAA, Paraic Duffy, RTÉ broadcaster, Marie Crowe and CEO of Gaisce, Yvonne McKenna.

In addition to the 32 county-level award winners, Amina Moustafa, a volunteer across many different sports including football, basketball and swimming, received the overall Outstanding Achievement Award for her incredible service to the promotion of sport amongst women of diverse ethnic backgrounds, as well as her continued support of Sport Against Racism Ireland (SARI).

Máire Allen and Jacqueline McCormack have also received a Special Recognition Award for their amazing work with Roscommon Special Olympics Club. They have dedicated their time tirelessly over the last number of years and more recently, in the face of the challenging circumstances caused by Covid-19, did everything to ensure the club’s members remained fit and active throughout the various lockdowns.

Pádraic Kearney (RIP) has been honoured with a Special Recognition Award for his commitment to Gaelic Games in Adare GAA Club (Limerick). Pádraic was incredibly committed to his community, with his volunteerism going far beyond sport. His untimely passing earlier this year has been felt by everyone in the club, especially the younger members, who Pádraic coached for many years.

Commenting on the awards, Minister of State for Sport and the Gaeltacht, Jack Chambers, TD, said,

“It is an honour for me to support this year’s Volunteers in Sport Awards and help recognise so many fantastic volunteers in our community. These awards have a special place in the sporting calendar as they recognise those who have given an incredible amount of time throughout the year who have ensured that sport can takes place in our communities, and they do so without the expectation of gratitude or reward. The amount of hard work and dedication that these volunteers give to sport in Ireland is quite truly astonishing and I am privileged to support both the volunteers and these awards.  I would also like to thank the Federation of Irish Sport and EBS, and all who will help make these virtual ceremonies a memorable occasion for all.”

Speaking about the awards, CEO of the Federation of Irish Sport, Mary O’Connor said,

“Despite another very challenging year for sport, we have once again seen how important volunteering has been to communities across Ireland. We have an enormous amount of gratitude for the army of volunteers who have ensured that sport could take place in a safe and controlled manner. Whether it be on pitches, courts, tracks, pools or even community halls across the country, the volunteers are always there to make sure sport and physical activity continues to take place around Ireland.

"It gives me immense pride to be able to recognise so many of these volunteers at next week’s virtual Volunteers in Sport Awards and I would like to extend my warmest congratulations to all of this year’s recipients. I would like to also thank EBS for their continued support in bringing wider recognition of volunteers in sport in Ireland to life. I would also like to express my gratitude to Minister Jack Chambers who will be taking the time out of his schedule to attend our virtual ceremonies next week and helping us to champion and celebrate the recipients.”