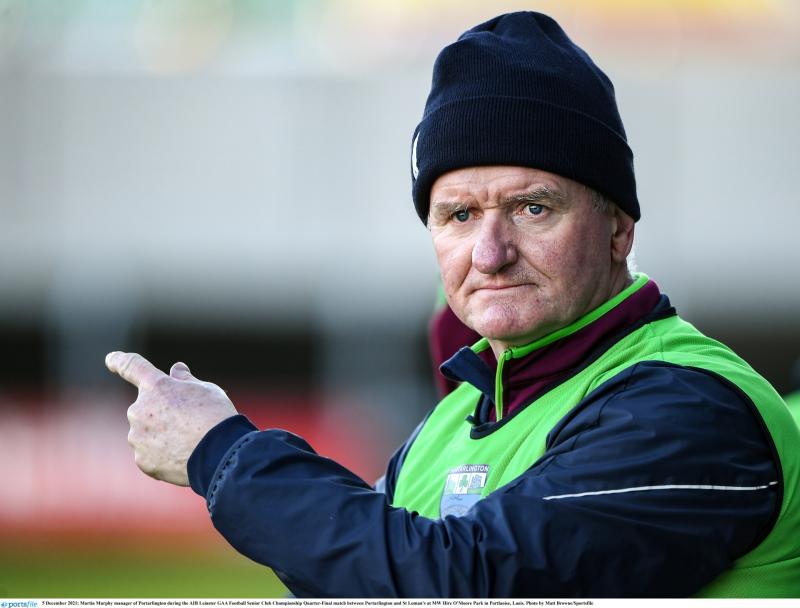 Portarlington manager Martin Murphy has a habit of getting the best out of teams that he manages and Portarlington are certainly coming of age under his guidance.

Last Sunday's win over St Lomans in the Leinster quarter final now tees them up for Croke Park on Saturday week where they will take on Kilmacud Crokes for a place in the Leinster decider in January.

Murphy admits that the Croke Park factor is a big deal and is confident his side can mix it with the best.

“It is the stuff of dreams really. We are with these lads for the last three years now. We have a really good setup. Players have bought into it and worked really hard. If we can go to Croke Park and play with that confidence we played with today, we will give Kilmacud a good run at it”.

Portarlington got the dream start and were eight points up after 12 minutes but then found themselves a point down with 23 minutes left to play. Murphy wasn't surprised by the Lomans revival but was pleased with how his charges to what was their biggest test to date under his tenure.

“We got a brilliant start today just like we did in the County final. The lads were firing on all cylinders for the first 12 or 14 minutes. Lomans brought more intensity to it in the second quarter and we were slow to match it”

I was starting to worry a little bit”, admitted the Portarlington boss. “We have gone through the Laois championship for the last few years and we haven't had that sort of intense test. We really got that today.”