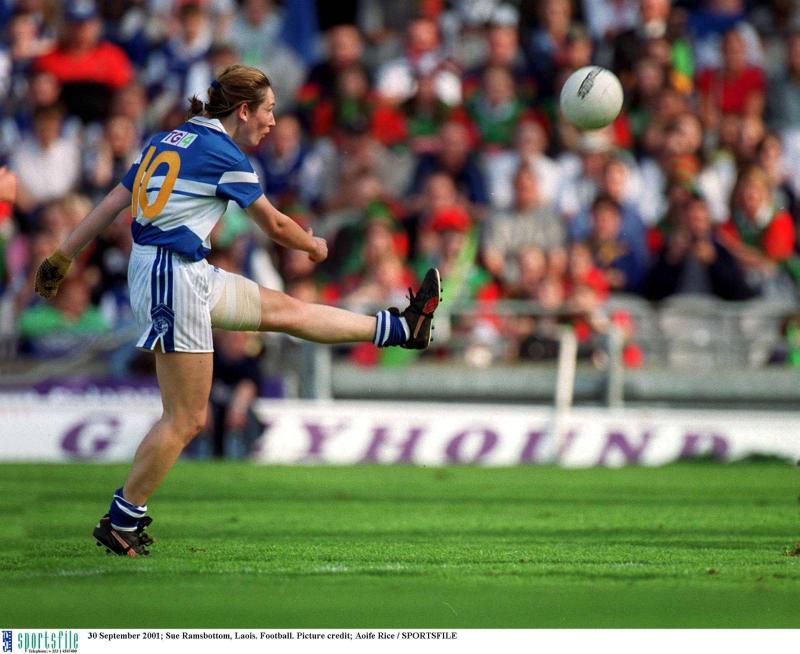 The definitive GAA sports series Laochra Gael returns to TG4 for another series starting on the 13th of January with one of the Laois greatest ever footballers set to take centre stage. The series hour-long format has proved a huge success, bringing each player’s personal stories to screen.

The legendary Sue Ramsbottom is part of the six strong GAA legends in this series and her episode will be aired on TG4 on January 27 at 9.30pm.

Sue Ramsbottom is one of the greatest ever players to play Ladies football. A child prodigy, she played senior football at just 12 years of age. Sue suffered heartbreak on the field time and time again, but in 2001 she finally fulfilled her dream of winning an All-Ireland medal. 6 years after winning the All-Ireland with her, Sue’s life-long friend, Lulu Carroll passed away after a battle with cancer. After over twenty years at the top of her sport and a military career across the world, Sue, with her two daughters, is now back in her beloved home county, Laois.

Click here to Watch the teaser for the new series here. 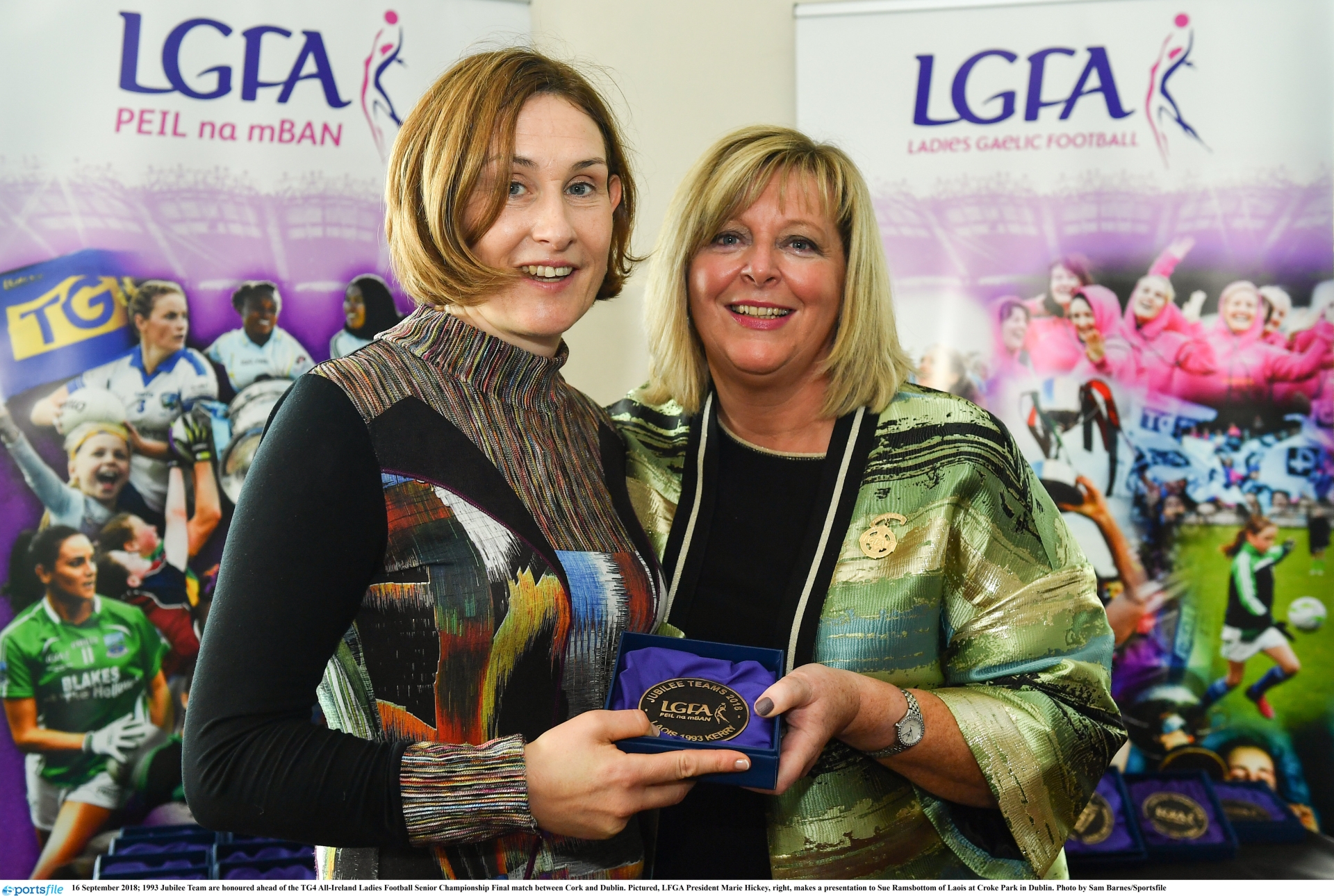 The series features six Laochra with genuine star quality and reveals deeper, fresh and sometimes unexpected insights into the lives of these icons. While their sporting careers continue to provide the backdrop to the story, the series travels well beyond the four white lines. Gripping personal storylines will compel viewers to travel towards territory unique to the GAA television landscape.

The other five players chosen to feature are as follows;

Laochra Gael starts with the extraordinary story of Antrim hurler, Terence “Sambo” McNaughton. As a boy, Sambo suffered exclusion because of his speech impediment. He found release on the playing field, but the life of a hurler was perilous in the North in the eighties. Because of his fame as a player, he was targeted for assassination by the UDA. In spite of all of this, Sambo became the heartbeat of the team that pulled off the biggest shock in the history of Gaelic Games, a team that will be remembered forever.

The second programme tells the story of Dublin footballer, Michael Darragh MacAuley. From background and style, MacAuley was not the typical GAA player, and always defied convention or description. He endured tragedy in his youth with the loss of his mother, and again when his father died a year after he won his first championship. He overcame his troubles to become the heartbeat of the greatest team of all time. He retired with 9 All-Ireland medals in his pocket and a vision to spread the benefits of sport across the city that he loves.

With a famed surname, Joe was destined to wear the Limerick jersey. And indeed, he inherited the goalkeeping post from his hero, his cousin Tommy. Joe was made a scapegoat for the most notorious defeat in history in 1994. Despite the criticism, he more than held his own among the greatest generation of goalkeepers ever. He has faced horrific injury and the tragic death of Tommy. But throughout it all, he has proudly carried the Quaid legacy, which has now fallen to Tommy’s son, Nickie.

Kieran burst onto the scene in 2001, winning the All-Ireland and an All-Star at just 20 years of age. A few years later, he was dealt a crushing blow when his girlfriend, Mairéad Meehan, lost her battle with cancer. Under a cloud of grief following Mairéad’s passing, Kieran’s love for the game declined. He eventually found rejuvenation with his club, Corofin, performing heroics to win an extraordinary three Club All-Irelands in a row in his late thirties.

For the Series Finale of Laochra Gael comes the story of the rise and fall of Derry footballer Johnny McGurk. Johnny will always be remembered in his home county as the man who kicked the winning point against Dublin, on the way to the first and only All-Ireland win in Derry’s history. When he retired from playing, though, Johnny’s life fell apart. In the grips of a gambling addiction, Johnny stole over £500,000 from his employers. When he was found out, his marriage ended, he faced public shame and finally he was sent to prison.