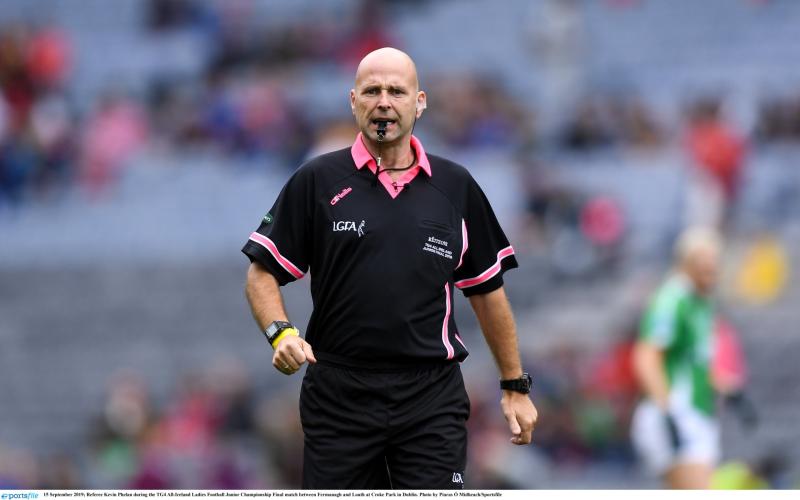 A Laois man is set to take centre stage and referee the All Ireland senior club Ladies football final this Saturday when Cork kingpins Mourneabbey take on Galway's Kilkerrin-Clonberne in Birr.

Kevin Phelan, who represents the St Brigid's LGFA club and Barrowhouse GAA club is no stranger to the big day and has taken charge of many a big day since he took up the whistle back in 2013.

In his first year refereeing, he took charge of the Leinster Minor A final between Dublin and Meath and, a year later, he was the man in the middle for the Leinster Intermediate Final between Offaly and Longford.

In 2016, Phelan oversaw the TG4 All-Ireland Junior Championship semi-final before he was awarded the 2017 All-Ireland U14 A Final. In late 2018, Phelan refereed the prestigious Gourmet Food Parlour Ladies HEC Division 1 League decider involving University of Limerick and UCD, which was played in Stradbally.

2019 saw him referee the All-Ireland U16 A Final clash of Galway and Kerry, and he also patrolled the TG4 Leinster Intermediate Final between Wexford and Meath which at the time was the first match he took charge of in Croke Park.

He already took on the mantle late last year of being the man in the middle for the historic Laois Ladies senior final when St Conleth's won their first ever Laois senior title.

With eight years experience now under his belt, he is one of the best in the business and the proof is in his selection for Saturday's high profile decider that will be live on TG4.