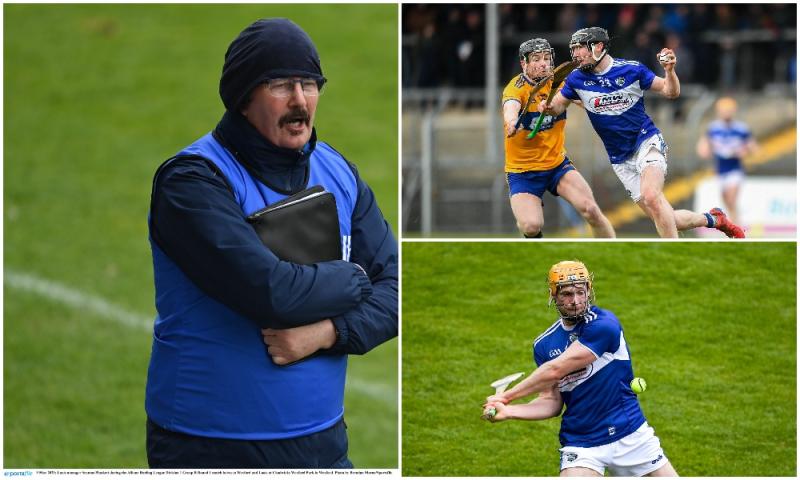 The Laois senior hurlers open their championship campaign this Saturday when they travel to Parnell Park to take on Dublin. A 6.30pm throw in time on Easter Saturday is an appealing fixture for Laois GAA fans but the majority will be travelling in hope rather than with confidence.

Dublin are ahead of Laois in the pecking order as compounded by their league meeting last month in O'Moore Park when Dublin put up a huge 2-31 to defeat Laois by 10 points. The scoreline might have been harsh on Laois on the day but the fact remains that they have a good bit of ground to make up.

Dublin have had the better of Laois in recent years. Laois did stun them in 2019 when defeating them in the qualifiers but Dublin have won the three league meetings since and a championship encounter between the sides in Croke Park last year, a game that was played behind closed doors.

To be fair to Laois, they had a decent league. The big game was always going to be against Antrim and they came through that to maintain their Division one status in the league for 2023 before they pucked a ball in the final league game with Dublin.

Being realistic about it, keeping themselves in the top tier of the league was the priority and along with their win over Antrim, they showed promise in patches of their games with Tipperary, Dublin and Kilkenny. The Waterford game was a disaster with a scoring glut from the now League champions just before half time ending the game as a contest before the second half even began.

Dublin are full of quality and Laois found out first hand last month about the damage that Donal Burke and Fergal Whitely can do. Burke is one of the best free takers in the game but he is also a deadly marksman from open play while Kilmacud Crokes man Whitely is equally at home on the half forward line or the inside line.

He got seven points from play in that league game and those two will be players that Laois will have to keep a close eye on. Keeping down the free county and holding their discipline will also be important. Laois were reduced to 14 players in the games against Tipperary, Waterford and Antrim in the league and they simply can't afford to leave themselves an even bigger hill to climb by being at a numerical dis-advantage.

Laois have their strengths too and looking back on the league, the return of Charles Dwyer to the attack has been massive for them. In the games against Antrim and Dublin, he was superb while James Keyes, Fiachra C Fennell and Stephen Maher have all shown form.

Unfortunately for Laois, Stephen Maher, Willie Dunphy and Ben Conroy have all been ruled out for the opening three rounds of the championship, weakening their hand significantly.

Paddy Purcell at full tilt is close to un-markable while Rathdowney Errill's Jack Kelly is a player who regularly contributes scores from the half back line or midfield.

Laois will need eight and nine out of 10 performances right across the board and while they are capable of that, the form book is stacked in Dublin's favour.

Looking at the championship overall, it will be a tought ask for Laois. After the game with Dublin, they will have an away date with Kilkenny before welcoming Wexford to Portlaoise for the start of three home games in a row. Galway and Westmeath are the other two teams set to visit O'Moore Park but with all this packed into six weeks, injuries, suspensions, fatigue and morale are all going to come into play.

If Laois are to progress in the Leinster championship, they are going to have to take a big scalp and their best chance of that is Saturday along with their home game with Wexford. The Westmeath game is their final game and looking in from the outside, that game could well be a tussle for the right to stay in the Leinster championship and not drop down to the Joe McDonagh cup for 2023.

We will know a lot more about where Laois are at come Saturday night. A win is not beyond them but they will go into the game as big underdogs against a Dublin side intent on making their mark on the Leinster championship.