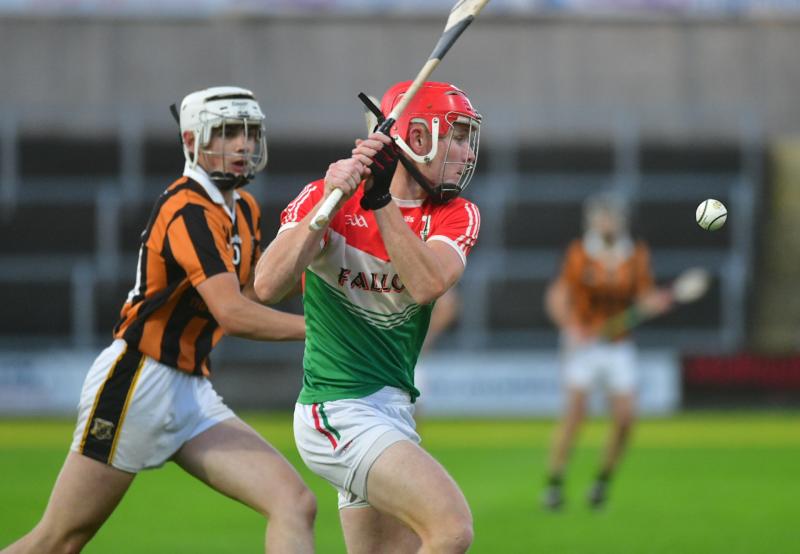 Clonaslee St Manman’s have enjoyed an incredible year to date as a club and they’re not finished yet. Despite falling to Portlaoise in the Senior football quarter-finals last week, their hurlers booked a place in the Premier Intermediate final following a hard-earned win over Camross.

In a very physical and tense semi-final battle, Clonaslee St Manman’s had that bit more class in the end to finish three-point victors. Niall Corbet, Tom Smith, Paddy Hyland, and Cian Conroy all grabbed crucial second-half scores to see them over the line in this one.

It was all Clonaslee St Manman’s early doors. Their intensity was on another level to Camross in the opening quarter, who struggled to even get out of their own half.

Clonaslee St Manman’s captain, Liam Senior, was fantastic at centre-back throughout this contest. Senior also charged up to drill over his team’s fourth point after he was left all alone in the middle of the park.

While Camross managed to create a few more scoring chances after that, they hit a couple of poor wides to keep them scoreless. Cian Conroy added Clonaslee St Manman’s fifth point, but Camross began to come into the match after that.

James Cuddy stepped up to place over a 65’ and finally get Camross on the scoresheet in this semi-final. Darren Drennan then added another for the men wearing black and amber, as he drilled over a score from play.

Niall Corbet replied for Clonaslee St Manman’s. Paddy Hyland showed his vision to place a crossfield pass into Corbet’s path. Corbet took off and sprinted past a few Camross bodies before placing one between the posts.

Camross finished the half on top though to keep this semi-final competitive. James Cuddy, who was by far their best player on the night, scored two points on the trot for them, with one coming from play and the other a free.

Tom Smith replied for Clonaslee St Manman’s with a free, but Camross responded with two points on the trot once more. Darrell Dooley marched up from centre-back to raise a white flag, and then James Cuddy converted another free just on the stroke of half-time.

Clonaslee St Manman’s led 0-7 to 0-6 when referee Patrick Phelan blew the whistle for half-time. After a brilliant start from Clonaslee St Manman’s, Camross had showed real fighting spirit to just trail by a single point at the interval in O’Moore Park.

Darren Drennan levelled the match upon the resumption of play for Camross, but Clonaslee St Manman’s would regain control of affairs after that. Midfielder Jack Owens drove over a delightful score out near the sideline to nudge his side ahead once more.

Niall Corbet then pushed that lead out to two points. While James Cuddy cut it back to the minimum through a free, two points from placed balls without reply from Tom Smith put Clonaslee St Manman’s back in the driving seat.

Oisin Bennett, who was excellent for Camross in their quarter-final victory over Rathdowney-Errill, was kept far quieter here. He did, however, manage to get on the scoresheet with a nice point from play.

Camross refused to go away though and registered the next two scores to leave just two points between the teams. Robert Delaney and substitute Dean Delaney raised a white flag each for the Camross men.

Clonaslee St Manman’s kept their composure though. Tom Smith grabbed his first and only score from play to stretch the lead back out to three. While James Cuddy responded for Camross with a point, Cian Conroy landed another crucial score for Clonaslee St Manman’s to restore that three-point lead.

Camross went in search of a goal to force extra-time in the last few minutes of injury-time. Clonaslee St Manman’s defence held firm though to ensure victory and a place in the Premier Intermediate final against Abbeyleix.