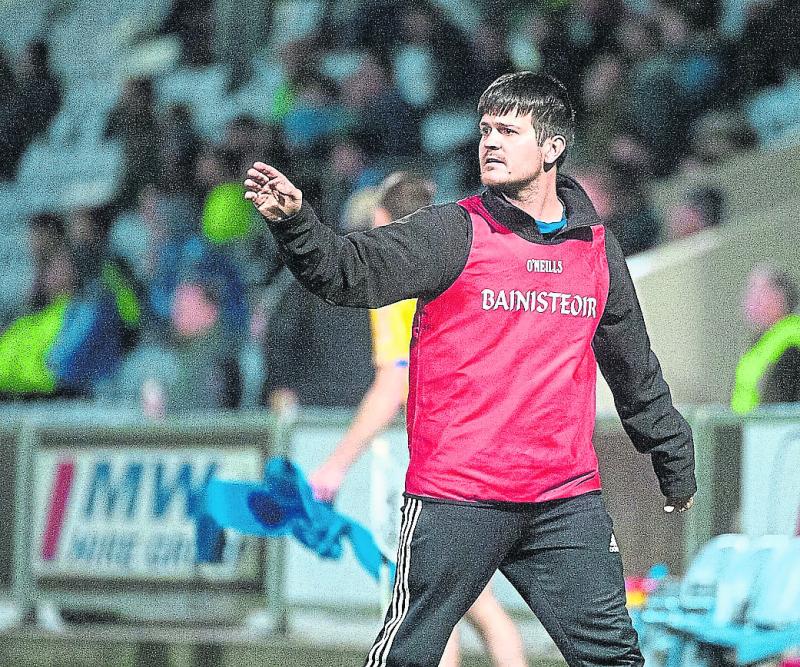 Twelve months on from the devastation of their defeat against Stradbally, Portlaoise went some way to rectifying that loss on Sunday with a convincing win over Ballylinan.

For manager Malachy McNulty, it is the complete opposite of where he found himself in the aftermath of that game.

After the running through the full gamut of emotions after the game, he was understandably delighted to have reclaimed the Jack Delaney Cup after it spent the last year in Stradbally.

“It is super, bouncing back, it has been a long twelve months. I think the second it happened last year, I wanted to run for the hills and curl up and just disappear from everything, and about an hour later I wanted to get going straight away, and I wanted to rectify it as much as possible.

“We went about trying to get the right supports in place, the support of the players, and we have worked damn hard over the last twelve months, and it has paid dividends”

There was no guarantees they would get the chance to rectify that loss, particularly as a number of previously first-choice players were lost to injury or other factors.

Five of their starting team here had never started a Laois SFC final before, and while they may have been new to this level, they were far from novices within the Portlaoise group. “Those lads have been knocking around for a while, this was well-documented during the week.

“Look, you just put your trust in the boys to go out and do it, and the beauty about having a panel as well is that if they don't do it, you've got four or five or six lads on bench ready to roll, and it's my understanding that we used all six subs today, 21 players used.”

While the final winning margin, twelve points, would indicate an easy day at the office for Portlaoise it was not the case, and McNulty paid tribute to Ballylinan for the manner in which they played. “It took us a while to get going, and I have to take my hat off to Ballylinan, in the conditions they played the game the way it had to be played to stick with us.

“They went very physical, they went very tight on us and made it very difficult for us, but we just stuck to our game plan and it worked out in the end.”

Sticking to the game plan was made easier by the manner in which they finished the first half, a period during which they took a stranglehold on proceedings, which McNulty acknowledged after the game. “We were quite aware at half time that we went from three points down to five points up and we had only played for ten or fifteen minutes.

“We knew if we could stretch ourselves and dig deep and get a good, solid 20 or 25 minute performance out of ourselves we could maintain that gap, and it worked out that way.”

Like all Portlaoise teams, this one knows how to get goals, and their two in the first half could hardly be better timed. As McNulty noted afterwards, with a joking nod to last year's county final, goals are crucial in big games like the one on Sunday. “Goals win games, and we've learned that one before!

“They were very well taken, right out to the last goal, I have to compliment the last goal as well, two of them were palmed to the net, and what you're looking at there is the result of a lot training on the training field in relation to making the right decision at the right time.”

As a club, Portlaoise always look to do well in Leinster, and while they will celebrate this victory, the manager was wasting little time in turning his attentions to a clash with Rhode in two weeks time. “Rhode is a big game, I believe it's away and we'll be right on that straight away.”