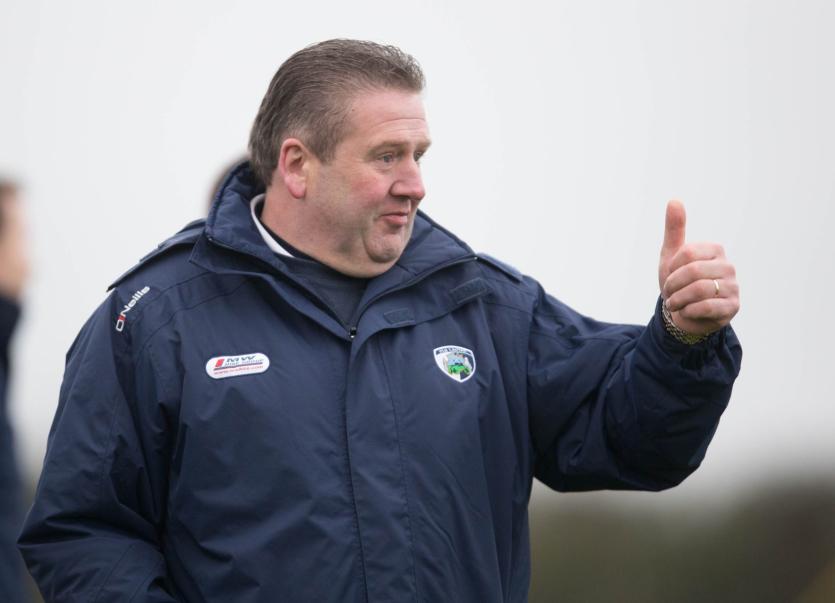 While proud of his team's performance, he was left frustrated by the performance of the referee and match officials, while also rueing a lack of killer instinct which could have seen Laois cause a major upset.

On top of that, his team played really well despite missing a handful of first-choice players, but it offered little comfort to Kelly after the game. “We still didn't win, we thought we had a chance there, but there was a bit of madness before half time, and we were down to 14 men because of a wrong decision, and it had a huge bearing on the game.

“I'm proud of the lads, they went at it toe-to-toe. The teams we have played, Limerick and Galway, put big scores on us last year and it's something we are conscious of, they we need to be more competitive. We still don't have any points on the board, and that's the other side of it.”

What made Laois' display all the more impressive was that Galway got the dream start, scoring an early goal. In the past, Laois might have struggled from there, but they dig in and performed really well. “Yeah, you're looking at Conor Whelan there and eight or nine fellas that played in an All-Ireland final there last September, they are a top quality side and you can't give these guys an inch.

“We had a few new guys in there tonight, and it took them a few minutes to get to the pace of it, and that was maybe the difference. When they settled they played very well, but Galway took their chances.

“The goals were the key difference in the finish, we got a couple of goal chances and didn't take them, they are a clinical side, and it's better they are going to get as well.”

The aforementioned incident before half time saw both teams reduced to fourteen men, but Laois' James Ryan appeared to be singled out incorrectly, which mean Laois should have had a numerical advantage on the field. “Yeah, it could have been the difference, although you often see that, where fourteen against fifteen doesn't always work, but we'd have loved to have an extra man against them, particularly with the breeze in the second half.

“I spoke to the referee afterwards, he said he judged it by the linesman, it was just a mistaken identity, and I feel sorry for James.”

Laois have learned a lot over the last two games, key amongst them the need to be clinical. “We spoke about it this week, some of our decision making against Limerick was very bad, we had 29 missed chances.

“We hadn't as many tonight, but we had a few crucial ones, we had two very good goal chances and we didn't convert either, and you need to take these chances against the good sides.”

Overall, however, the last two weekends should provide a big confidence boost for Laois. “Nobody likes getting beaten the way we got beaten last year, they put up massive scores against us and that's why we've looked at our setup this year.

“We were putting up big scores but conceding bigger, and we've got to look at our setup to see can we get it a little bit more defensive. We still conceded a high score, but we've lots to work on, but I have to say, in fairness to the lads, we have a number of guys injured and there's fellas coming in and making a statement to try and get jersey.”