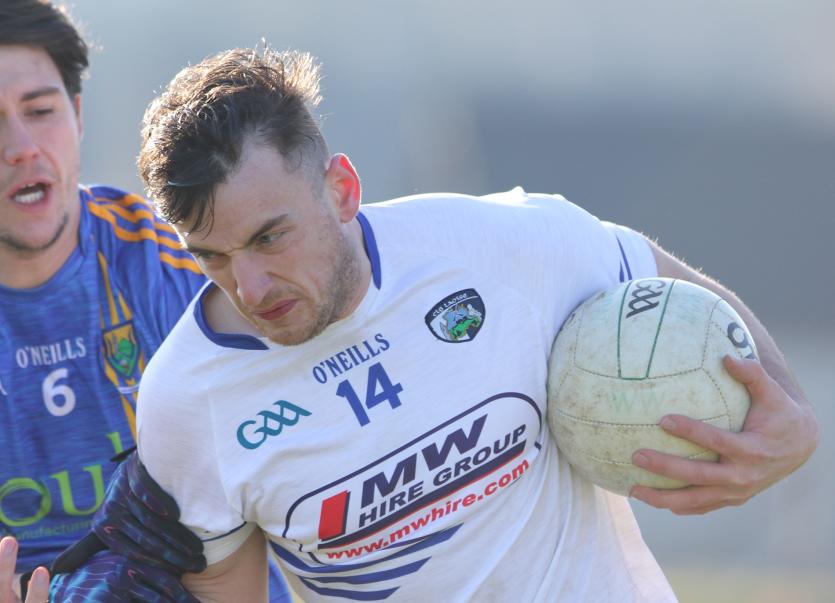 Laois senior footballers will be planning without Gary Walsh for tomorrow's NFL Division 4 final, as the Ballylinan man looks set to be dropped over his controversial comments about the Belfast rape trial.

Laois GAA have yet to officially confirm whether Walsh will actually play or not, as we reported earlier, or release the team for tomorrow's game, but it is understood Laois are planning without their top scorer.

Walsh drew national controversy earlier this week when he stated the complainant in the trial of Paddy Jackson, Stuart Olding and their friends should be "destroyed in the papers now" after the not guilty verdict. He went on to state "all yee (sic) feminists come at me I'll throw the kitchen sink at ya."

His statement lead to both Laois GAA, and main sponsors MW Hire, issuing statements in which they sought to distance themselves from the comments of "individuals", although neither named Walsh directly.

The Laois forward is the top scorer across all four Divisions this year, and scored Laois' goal in their meeting with Carlow last Sunday.

This is not his first time to find himself in trouble, having previously drawn the ire of Colm Parkinson after he told him not to mention Ballylinan in tweets again "for his own health & safety". He also issued a statement on Twitter after being dropped from the panel by Mick Lillis for his reaction to being taken off against Dublin in the Leinster SFC. He later apologised and rejoined the panel.