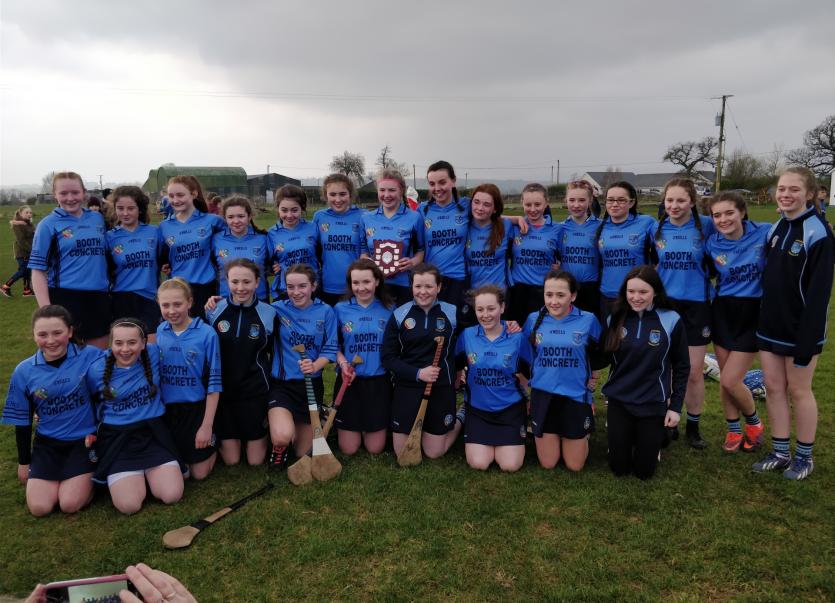 Naomh Éamann won the toss for home advantage in this Feile Division 2 final against O’Moores.

The Castletown-Slieve Bloom boys were already heading to the Féile, and the young girls were hoping to join them in this year's epic trip to the west. O’Moores lost out last year to St Lazarian's Abbeyleix, and were hoping to make amends this year and qualify to represent Laois.

Naomh Eamann were put under pressure from the throw in with an attack from Caoimhe Eagan that just went left of the goal. Both teams weren’t giving an inch and with five minutes into game, there was no score.

O’Moores first goal came from midfield players and sisters Lucy and Ellen Conroy. Great work between both of the girls ended with Lucy striking the back of the net. Ellen herself got to gain glory by splitting the posts for O’Moores only point of the game. Naomh Eamann attacked and were awarded a free to pop over the bar for their opening score.

The second half found Naomh Eamann goalie under pressure and she had to pull off some cracking stops, but O’Moores Amy Flanagan struck one to the net to make it 2-1 to 0-1 for O’Moores.

With time ticking away Naomh Eamann were finding it hard to break through the O’Moores backline. Flanagan added another goal for O’Moores and Ellen Conroy stepped up to take a 45, landing it in the back of the net to deny any comeback for Naomh Eamann, sealing their Feile title for 2018.