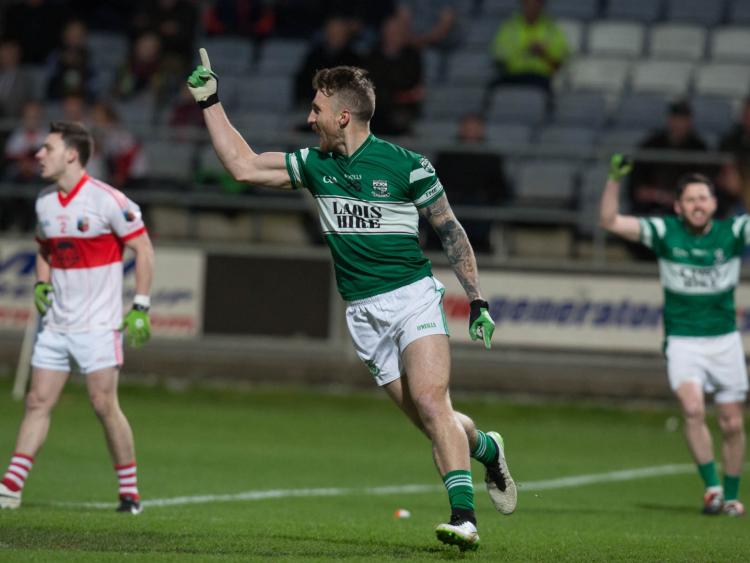 Proud Portlaoise and Laois man Zach Tuohy celebrated his 150th game in Australian Rules at the weekend but he vowed to return to play football for Laois though he admits that an All-Ireland medal is unlikely.

Zach was honoured by his club Geelong 'The Cats' ahead of last weekend's AFL game against Port Adelaide. A giant banner stating '150 games of Irish Gold' greeted him as led his team out on the field with his boy Flynn aged just 4.

During his AFL career he has returned to play for Portlaoise in Laois County Senior Football Championships and also been selected to play for Ireland in the AFL GAA Compromise Rules series.

A defender in Australia, has not ever returned to play for Laois. He won a Leinster Minor Football Championship with Laois in 2007. Interviewed on television after the game Zach was asked if he wanted to follow in Tadhg Kennelly's footsteps.

Kennelly fulfilled a lifelong dream by winning an All-Ireland medal with Kerry after returning from the Sydney Swans.

"I'd certainly love to go back and play for my county," he told Australia's Channel 7. "You play for where you are from and, unfortunately for me, where I am from is a pretty small part of the country. I'm not sure I see us winning All-Irelands any time soon.

"But, I do want to go back and play at the top level for my county," he said.

He is proud of what he has achieved since moving to Australia. At the weekend he was one of the most senior players and is now achieving the status among the best Irish men to have played down under.

"I played with Setanta O Halpín (former Cork hurler) when I first came out and he used to tell me if I make it to 100 games you've had a pretty good career for an Irish guy. 150 is relatively modest in the grand scheme of things but yeah I am quite proud," he said.

The interviewers asked him if there were any other Irish players who want to come across given that they make a good transition to AFL.

"It is a similar skill set. A lot of guys come over spend a couple of years and leave but for what you are giving up it is probably worth the risk. I am obviously a big advocate for it, not every Irish person is but, yeah, there is definitely a lot of talent that could make it.

He said there is a good commraderie among the Irish who play AFL.

"There is a group of Irish guys here all around the same age, a little bit younger than me, I know they all keep in touch. As soon as one comes out I try to reach out. If there is anything I can do I am always here for them. It is nice to see the younger guys coming out", he said.

"Touch wood I've been pretty lucky and had some good physios," he said.