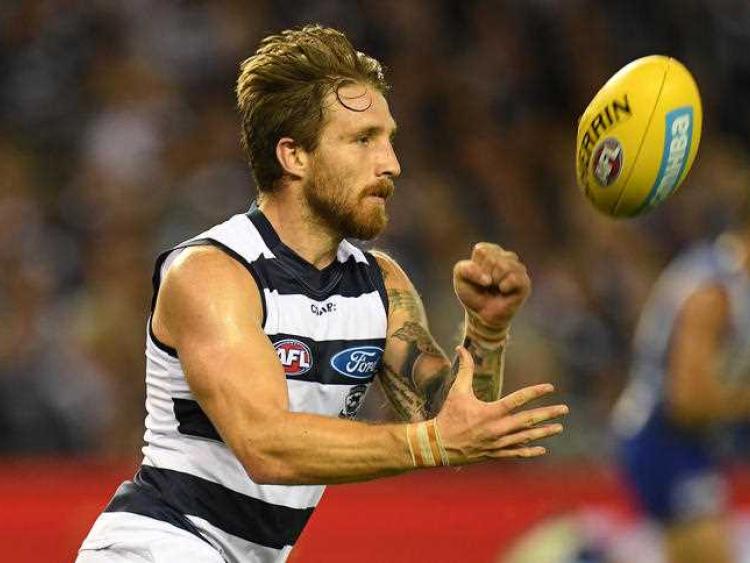 Zach Tuohy in action for the Geelong Cats

Tuohy from Portlaoise, a Leinster minor championship winner, played with the Geelong Cats half-backs against Port Adelaide on Saturday night.

He is now the fourth Irish player to reach 150 AFL appearances, having starting first with Carlton in 2010.

As he walked on to the pitch with the team, his partner Rebecca Price and son Flynn are waiting, and Flynn excitedly begins calling for his Daddy, before being scooped up into his arms.

A monster poster waited on the pitch to celebrate Zach's achievement, proclaiming '150 games of Irish Gold'.

Zach was interviewed afterwards on Channel 7 News and spoke about Flynn.

"I remember bringing him out during my 100th game and, obviously he was a lot smaller but it is still one of my best memories on the field," he said.

He also spoke about his partner Rebecca.

"I met her out here she's a very lucky woman," the Portlaoise man joked.

"The truth is I am pretty settled here now and I have always said I would move back to Ireland. She is certainly open to moving back to Ireland but it's pretty good here I'm not sure I can leave," he said.

He added that he would love to come back and play for Laois but he did not see the county winning an All-Ireland.

More about Zach's hopes to again play for Laois here.

His proud Portlaoise parents are Marie and Noel, a county councillor.

"My heart!," Marie said, sharing the touching video on facebook.

"We were there for his debut, his first goal, his fiftieth, his hundreth, we will miss the 150th but roll on September," Noel said.

Below: Zach Tuohy with his family at a Civic Reception to mark his sporting achievements in Laois County Council 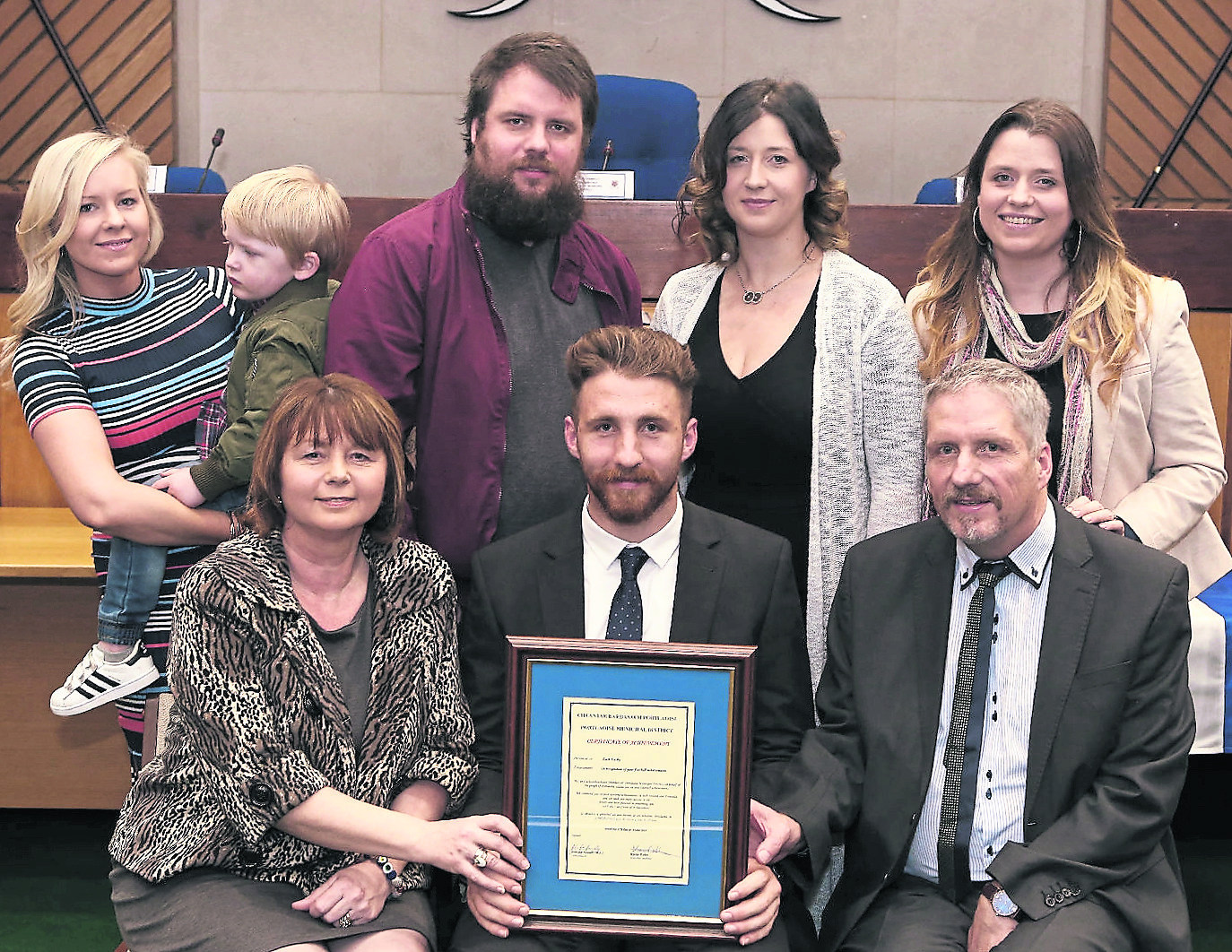