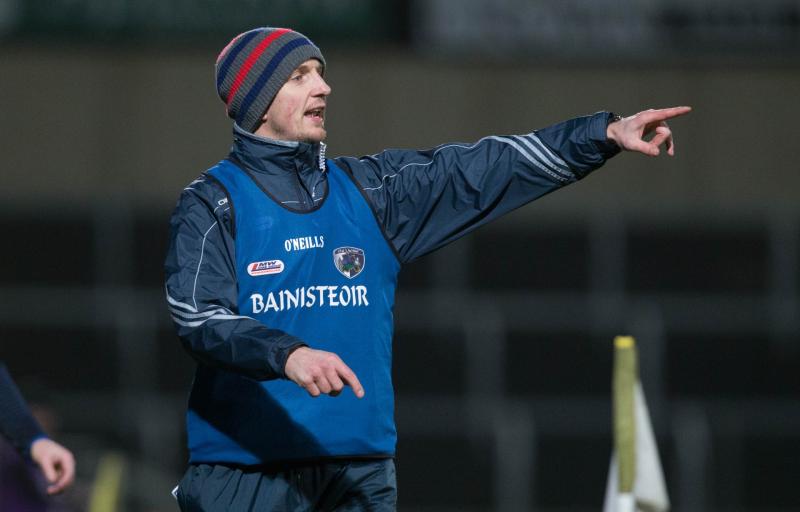 Laois open their Leinster SFC campaign away to Wexford this Saturday evening, and that suits John Sugrue just fine.

While conventional wisdom would tell us home advantage is important to a team's hopes of victory, the Renard man has a different take on that.

Home games bring comfort, and he doesn't want his team feeling comfortable before an important game. The championship is serious stuff, a time of heightened emotions and energy, and of higher stakes.

With that in mind, he offered an insight into his mindset when asked if playing away from home was a particular disadvantage to his nascent team. “Home venue, to my mind, is a thing that can create pressure in your home camp as much as it creates pressure in the opposition.

With April being a month for clubs, it has made preparations that little bit harder, and while the situation is not alien to him, he's just grateful he has a couple of weeks uninterrupted ahead of this crucial game. “I've had some of that before in a different setup, it is difficult because when a fella plays a club game they are hearing different things, they're hearing different messages and playing in different positions and it does water down and it affects fellas concentration a small bit.

“We were lucky, we didn't have any full week, barring the week we took off after the league, we were able to access the fellas every week, which is different to some counties who had county championships. It was grand, it is somewhat disruptive, but once you get them all back into camp, you're away.”

Having built up a bit of momentum from the league, the month of April could potentially have killed that ahead of the championship. On top of that, Wexford competed in a higher Division that Laois, and Sugrue is not underestimating the difference that will make. “They have played Division 3 football, we have played Division 4, and Division 4 is not a good place to play football to be fair.

“We've just about managed to get out of it, we had a couple of close shaves, Wexford came down but at the same time they have played a much faster brand of football, I would say, than we have to date, so it very much depends on how we can step forward and try to catch up to them, with regard to what pace they have been at this year.”

One thing which has injected a bit of pace into the Laois setup this year is the influx of new, young players which havejoined the panel. The new manager has certainly been impressed. “There is some great young fellas with great attitudes in Laois. They have come in and they have challenged. They are hungry and they are mad to get a jersey.

“They are not backing down from some of the senior fellas and likewise, in the start, there was probably a small level of comfort with some fellas.

“But that gets broken down when these younger fellas are biting at them and gaining ground. So now it is a nice competitive environment in there with young and old going toe-to-toe.”

What awaits now is his first ever championship game as Leinster senior football manager, and Sugrue is intrigued to see how he and his team react this Saturday. “There is trepidation because we are forming and developing. Until we are put firmly backwards once in a game, we don't know how we are going to get back up and get moving forward again.

“I'm honoured to get the chance to manage the Laois footballers. This is my adopted county now and I take great pride in this bunch of players doing what they are capable of doing.

“I followed them the last couple of years and I'm not sure they were where they wanted to be at or were capable of being at. So this my go at trying to get Laois fellas walking around with a bit of pride again.

“I said at the start of the league that you could throw a blanket over Division 2 to 4 and the team with their focus clean and their house in order will win most games irrespective of what division they are in.

“I firmly believe that, so now is the time for us to back it up and see how we are or where we are in terms or organisation and focus.”

SEE ALSO - O'Loughlin as enthusiastic as ever for Leinster SFC opener