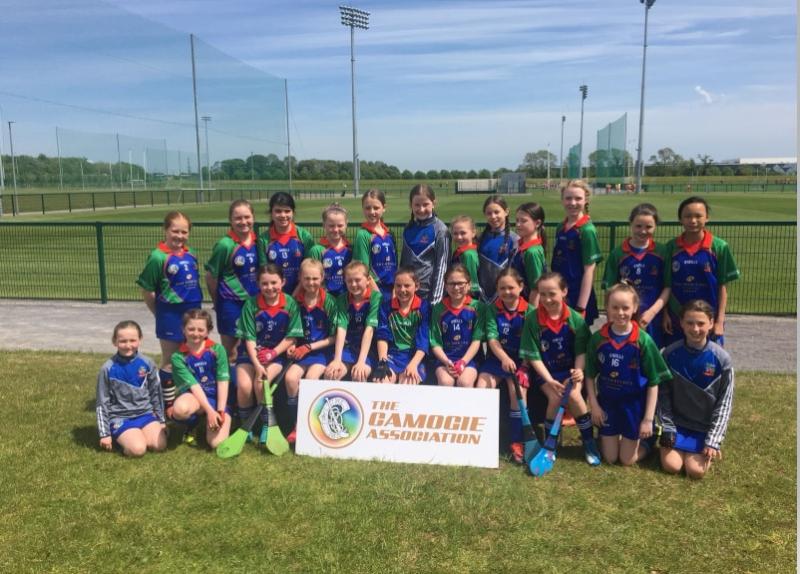 The Banríon Gaels side in Abbottstown.

On Saturday, 23 players from Banríon Gaels (BRG) Camogie Club in Laois traveled to the National Sports Campus at Abbotstown to compete in the Camán to Leinster blitz.

They gave a fantastic account of themselves with one draw and two wins from the three games played. All games were extremely tight affairs with great performances from the senior players at U-12 level and sterling effort from those players relatively new to the game.

Speaking of the day's performance Tara Brereton, BRG Chairperson commented "I had no idea back in 2013 that the club would be doing as well as it is. Most of the girls playing today were the youngest members who turned up on that first day to give Camogie a try. They obviously liked it"

Banríon Gaels was founded in September 2013 and caters for those living in Portarlington, Emo and Killenard who wish to play Camogie. The club caters for players in U-8, U-10, U-12 & U-14.

They are always looking for new girls to join the squads so please check out their Facebook page "Banríon Gaels Camogie Club".