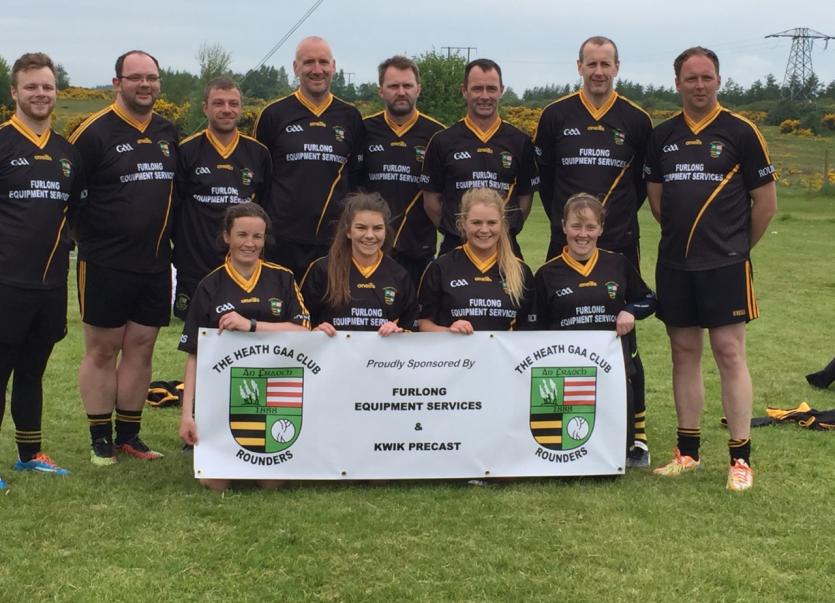 The Heath Rounders teams which were in action over the weekend.

The Heath rounders teams welcomed Erne Eagles from Cavan and Greenhills to The Heath for a quadruple header last Sunday afternoon.

The game of the day was undoubtedly the third game which saw The Heath men take on Erne Eagles.
From the very start the game provided fireworks. The Heath lost the toss and were put into bat.

Damien Keane led by example with good batting to put The Heath into a 7-0 lead.

Erne Eagles responded well and punished The Heath’s mistakes on the field and went ahead and they never looked back.

A James Kavanagh homerun gave the Heath much needed scores which put The Heath 15-14 ahead, which meant Erne Eagles needed two scores from their final innings. Damien McCardle of Eagles hit the winning runs and Erne Eagles defeated the reigning All Ireland champions on a score line of 16-15.

The highlights of the game came in the third inning where Rory Treacy, Danielle Keane and James Kavanagh all hit homeruns for The Heath while Shane Sheridan replied for Erne Eagles.

In the other games of the day Danielle Keane and Aoife Daly led The Heath to two impressive victories over Erne Eagles and Greenhills respectively.

Next up for The Heath rounders is a trip to Longford as they play Breaffy of Mayo next Sunday.