Sugrue sets his sights on Westmeath after Wexford miracle

Laois boss on Wexford win, Westmeath test, and even an Amy Winehouse reference! 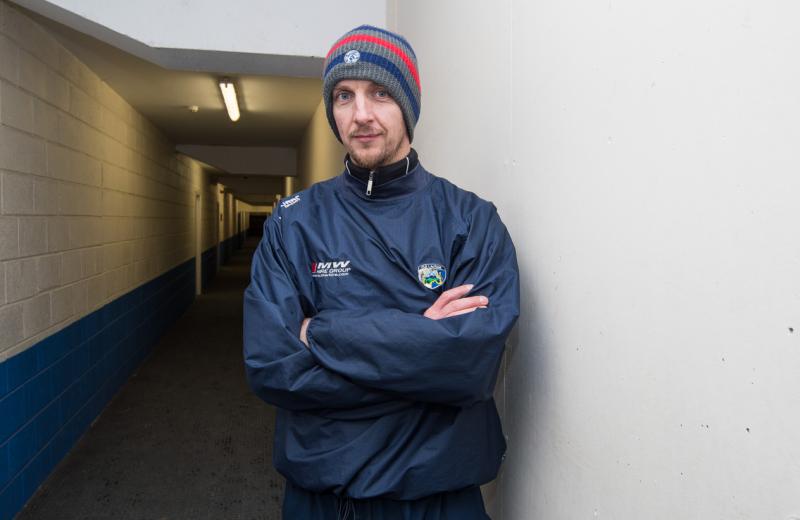 The next big test of John Sugrue's tenure as Laois senior football manager will take place in Tullamore this Saturday evening, as Laois take on Westmeath in the Leinster SFC quarter-final.

After the drama of the win over Wexford last time out, Laois fans would surely settle for a mundane, run-of-the-mill victory this weekend, but that's easier said than done.

While the win over Wexford will have done wonders for confidence and support for the team, Westmeath promise to be a much different prosect.

Leinster finalists in 2015 and 2016, Westmeath have a much stronger recent pedigree in the province than Laois do, and while they have been contesting finals, Laois are still looking to win two games in the row in the competition for the first time since 2007.

As he plans for this Saturday, Sugrue can't help but look back at the game which went before it. And while most of us will remember the thrilling second half, it is the abject first-half performance which stands out for the Kerryman. “It was a game of huge contrast in performance at different times. I still don't think we got our performance - we are looking for this team to perform for 70 minutes for us to be happy.

“Looking back at the performance on video during the week, there is a good bit to be ironed out and that is what we are working at at the moment.

“When you are dealing with a team, you are looking to see what way you can make guys move and play with each other. So that first half was not how we had set out ourselves.

“We diverted away from what we were trying to do and that first half will never leave me. We need to be on guard from now on as far as I am concerned about that sort of stuff or we're going to back ourselves into another corner that we probably won't come out of.

“We had opportunities and the conversion was poor, but even the way in which we were creating the chances wasn't necessarily in keeping with what we were trying to do.”

The big bonus of the Laois performance in Wexford Park was the character shown by the team, a trait conspicuous by its absence in recent times with Laois. While Sugrue was pleased to see it, he's not too keen to rely on too much. “Yeah it is good to see it, but at the same time you shouldn't have to rely on character in this game.

“But there are no two ways about it, we'd like to be a bit more measured rather than having to throw the kitchen sink at something to get back into it.

“It was good to see the character though and these lads have gone through an awful lot. They have the principle understanding of how each other work and once we went back to that, we found a performance.

“We got ourselves out of a hole that we created and that is basically all we can say about that game. We are now coming up against a side of higher quality who probably should have got out of Division 3.

“One or two tight results went against them. So we will find out in a greater sense, football-wise, where we are at.”

As he turns his focus to Colin Kelly's side, Sugrue is under no illusions about the jump in quality his team are about to experience. “Westmeath have contested the last two Leinster finals against the All-Ireland champions and I'd say they have been in more Leinster finals in the last ten years than anyone bar Dublin.

“So a lot of these guys have walked the walk and got themselves into these positions. They've gone up against Dublin in Croke Park on big days so they won't be a bit phased by playing us in Tullamore.

“They are a top quality side. They have top performers in Kieran Martin and John Heslin. John Egan and all these guys, Alan Stone plays a big role for them too.  The goalkeeper Carberry. So they have lots of top quality performers all over the field.

Having said earlier this year that Laois' entire season would be determined by the end of May, it was clear Sugrue felt that how they fared in the Leinster SFC early rounds would determine whether the year as a whole was a success.

When asked about what would constitute a successful season for his Laois team, Sugrue even managed to throw in an Amy Winehouse reference with his take on the All-Ireland Qualifiers! “A good championship campaign would be one that is different to past couple of years.

“As far as I am concerned, if we can be strongly competitive in this next game, see where that takes us first, as far as I'm concerned the qualifiers are rehabilitative orientated, and we don't want to go into rehab yet.

“We'd like to thing we are capable of competing strongly with Westmeath, we're going to do that to the best of our ability and see where we come out."