Big Match Review - Our look back at Laois' win over Westmeath 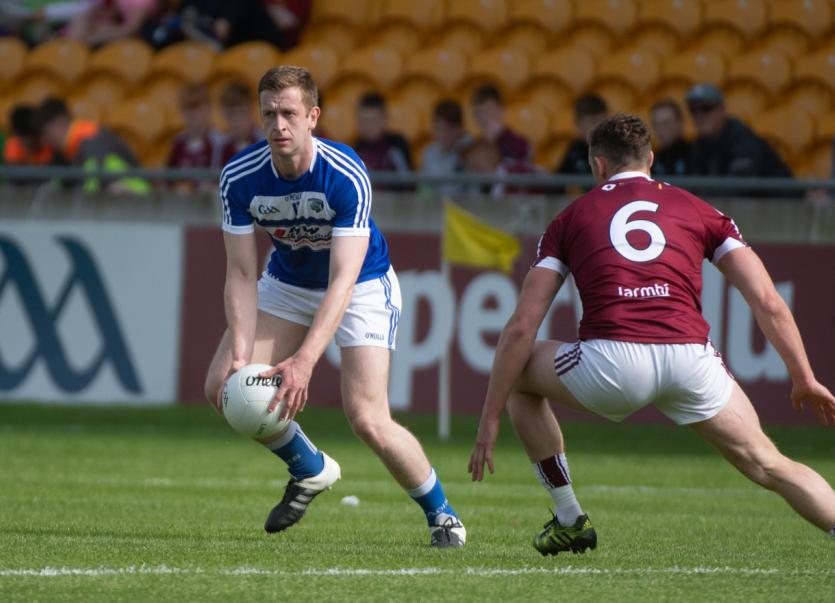 Paul Kingston on the attack against Westmeath. Pic: Denis Byrne.

Laois secured their place in the Leinster SFC semi-final with a very professional performance against Westmeath on Saturday. Here, we take a look back at some of the big talking points from game.

Hard to look past a player who scored 3-2 from play. His first and third goals were the hallmarks of a player brimming with confidence. Previously pigeon-holed as a corner-forward, having more room to manoeuvre at centre-forward has seen him thrive. Having the backing of a manager who clearly believe in him helps as well.

He kicked three points from play when introduced against Wexford, and added another 3-2 from play here. To hit the vein of form so soon after coming back from injury is testament to his ability.

Kudos too to Kieran Lillis, Colm Begley and Gareth Dillon, who with every performance, makes Peter Creedon's decision not to play him last year look all the more baffling.

Sticking with Paul Kingston, his point in the 22nd minute came at a crucial juncture of the game. It was a brilliant long-range score, and with Niall Donoher also introduced, Laois took their game to another level after that.

Donoher was his usual busy self, kicking two points to put Laois in front, and with Kingston's score included, Laois outscored Westmeath 0-7 to 0-1 in the closing stages of the half. It was the boost they needed going in at half time, and set them on their way to victory.

Laois have not significantly improved in footballing ability this year, in comparison to other years. They are fitter, for sure, but these are mostly the same players who have underachieved so consistently for five or six years.

The most significant change is from the neck up, where they look far more unified, confident and mature than they have done for some time. John Sugrue deserves immense credit for being able to come into this panel, hit the reset button, and breathe new life into players who looked like they have wasted some of their best years in blue and white.

You can get players fit, coach tactics, employ psychologists, nutritionists, analysts and any other professional you like, none of it will matter a damn if the players don't believe in the man at the helm of the ship. Laois appear to finally have that man.

Padraig Hughes from Armagh was in the middle for this one. A little fussy, but that's the norm these days for the most part, so we can't really criticize him for that. Made the right call on the black card, but Benny Carroll's goal appeared to be legitimate and was ruled out. Luckily, it didn't matter in the end.

Watching the maturity Laois displayed in the second half was certainly great to see, but when that maturity manifested itself into the build up to Paul Kingston's first goal, then it made for great viewing.

Laois held the ball, probed the Westmeath defence, and when Colm Begley picked out Paul Kingston, the stage was set. Kingston then produced a shot of such geometric precision, it looked like it's course to the net was plotted by Pythagoras.

Another slow start from Laois, which they won't keep getting away with. When they met Carlow in the League final, they blitzed them early on and kept themselves ahead. With the way Carlow defend, they don't want to find themselves too far behind, because it will be difficult to make up significant ground, so they'll have to hit form a bit earlier in the semi-final.

It's Carlow, again, in the Leinster semi-final. The third meeting of the sides in a little over three months is a huge game for both counties, as they go in search of rare Leinster final appearance. The game takes place in Croke Park on June 10 at 2pm, and tickets go on sale in the Laois GAA offices on Monday morning, May 28.