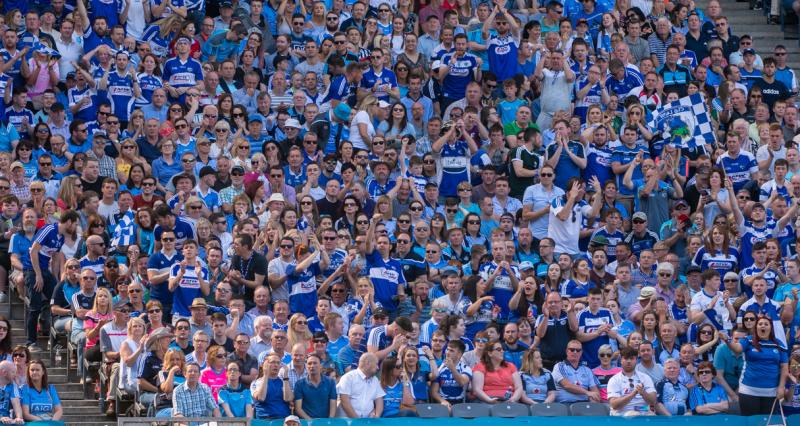 The Laois supporters will be on the road this weekend.

The Laois v Monaghan clash in Round 4 of the All-Ireland Qualifiers will take place in Navan this coming Sunday at 2pm.

The times, venues and dates were all confirmed after a meeting of the CCC over lunch time today.

Tickets for the game will cost €20, with students and OAP's paying €15, and juveniles cost just €5. Tickets are now on sale from the Laois GAA Offices, as well as participating Centra and Super Valu stores.

It will be the first championship meeting between the teams since 2012, when a Justin McNulty guided his side to a 2-12 to 0-12 win in O'Moore Park on their way to an All-Ireland quarter-final appearance against Dublin.

Monaghan are a much different side now, however, having established themselves in the top tier of intercounty football. They won Ulster SFC titles in 2013 and 2015, and progressed well through the Qualifiers last year before losing to Dublin in the All-Ireland quarter-final.

All the other games will be played on Saturday, with O'Moore Park set to host two of them. Roscommon play Armagh at 3pm and Cork take on Tyrone at 5pm, with that game being broadcast as part of a live double-header by Sky Sports.

The second live game will be from Navan, where Fermanagh and Kildare meet at 7pm on Saturday night.

Laois v Monaghan then complete the Qualifier games at 2pm in Navan on Sunday. The full list of confirmed fixtures is below.